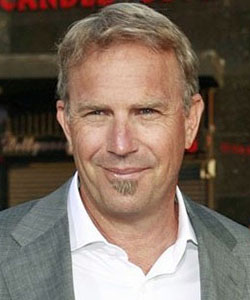 The Kevin Costner hair transplant story erupted in 2006 when the actor appeared out of nowhere with a much fuller head of hair. It is suspected the hair transplant took place sometime between late 2006 and early 2007. Kevin Costner’s hair is raising questions, as his hairline was quite obviously receding beforehand.

In our view, the surgery looks very natural. Kevins new hairline has most likely been created with micro hair grafts, whereby single hairs have been methodically transplanted in a way that imitates how a real hairline of a 50 year old would look like. Kevin Costners transplanted hairline looks natural and avoids the “plugged” look that plagues so many transplant procedures.

While it is quite clear that Kevin Costner had the hair transplant procedure, some wonder if being remarried to the (at the time) 33-year old pregnant Christine Baumgartner had anything to do with his efforts to look younger. Although Kevin Costner has always been a rugged-looking man who seemed to embrace aging gracefully, perhaps a desire to hide his age finally caught up with him.

Either way, it seems the Kevin Costner hair transplant saga may now be over. There have been no rumours of further surgery, meaning his first and only procedure most likely did the job to Kevins satisfaction.