There is a long list of men who appear to have suddenly sprouted suspicious locks, where they were once visibly thinning.

Jude Law hair tranplant rumours have been around for some time, as have the stories of Jude allegedly using several hair systems. It is true that Jude Law’s crowning glory looks noticeably thicker than it did previously in his recent campaign for Christian Dior’s Homme Sport aftershave. 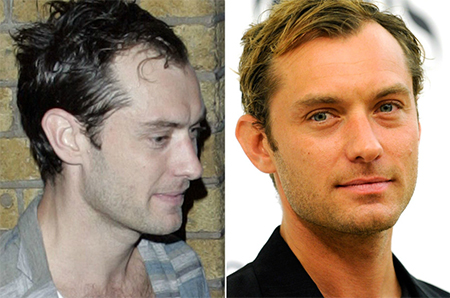