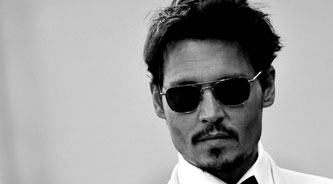 Over the years Johnny Depp has had many hair styles from long hair to the short hair he has nowadays. At one time he had what seemed to be thick dark hair which even when long seemed to be thick. Today his hair is short and appears to be thinner. It has been reported and talked about by many – did he have a receding hair line that now appears to have been brought forward. With his many changing hair styles his image can change drastically and it is not easy to see if he may have had a hair transplant.

Hair transplants are not always successful and they usually leave scars and have side effects. It will have been important for Johnny Depp to ensure he was given the right information by a qualified trichologist as there can be many reasons as to why he might have started losing his hair or has a receding hair line. Hair transplants must be taken seriously and only after a full examination.

Image is an important factor to a famous star and looking older can sometimes be detrimental to their career. Hair loss can be particularly noticeable and for Johnny Depp he will have wanted to keep his good looks and sexy image that gives him the opportunity for stardom. 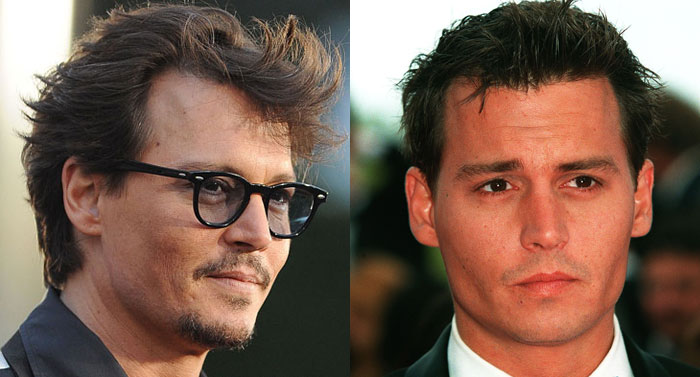 To have had a hair transplant Johnny Depp would have had to have had time off work to recover as it is not just a simple operation. The head has to anesthetised in order to implant the hair and this can cause pain and swelling which in turn is a shock to the hair follicles. To begin with it may like more loss of hair until the swelling settles. He may have had scars and a very sensitive scalp for a time and would have needed to ensure that no infection occurred.

These days there are more stories of hair transplants particularly amongst celebrities who want to keep their youthful look for as long as is possible. With improvements to the process it is becoming increasingly more difficult to see if there has been a hair transplant if it has been done before too much loss of hair.

Johnny Depp will have certainly wanted to keep his youthful looks and his fan base. Some say men grow old gracefully when they begin to lose their hair and become bald. However, there is a lot of pressure for celebrities to look in their prime even if it involves using surgery.

Johnny Depp is not telling if he has had a hair transplant and it is not easy to see but looking at photographs there could be a possibility. A once seemingly receding hairline is now not showing so there is an automatic theory that he has undergone a hair transplant.

Depending on how good the surgeon is will depend on any side effects he may have or still be suffering. Poor stitching can cause infection as well as difficulty healing, large scars and itching. However, with more hair transplants being performed and advancements in technology this is becoming more of a rarity.

Being constantly under the scrutiny of the press and other celebrities has put pressure on Johnny Depp to look his best and be ready to adapt to any film roles he is offered. Being able to change his hair styles to suit the occasion or part will be important to him and he will need to have a good head of hair to be able to do this.

As he ages his hair will, more than likely, start to thin in different places and at this point it will be worth thinking about changing the image. A balding man can take on a new persona and bring with it a certain air of dignity and respect which lends itself to a different type of cinema role.

Using different ways of enhancing your reputation and ‘view ability’ is all part and parcel of being a star constantly being watched and criticised. His hair line does seem to have been brought forward and certainly gives him the boyish good looks that his fans are used to whether he has his hair long or short. Colouring his hair different shades also has an effect on the way he looks. These are constantly changing depending on his latest role and hair trends.

Any hair transplant will need to be carefully looked into before taking the plunge. Taking on a hair transplant is not an easy procedure and is certainly not one that is an overnight fix. It does take time and several visits for it to be a success. Johnny Depp has good reason to keep on looking his best for the roles he is offered.