The list of things that John Travolta refuses to admit to seems to grow ever longer by the day.

We don’t give a fig about his sexuality, but we do find it rather surprising that he won’t ‘fess up to having had a bit of a helping hand with his hair, because for years he’s been regarded as having the least-convincing hairline in Hollywood.

Active scientologist and movie actor John Travolta has been suffered from thinning hair for years, rumoured to have counted on hairpieces to make him appear younger. He used to change his image by shaving his head, and eventually went for a hair transplant when he remained dissatisfied with his appearance. 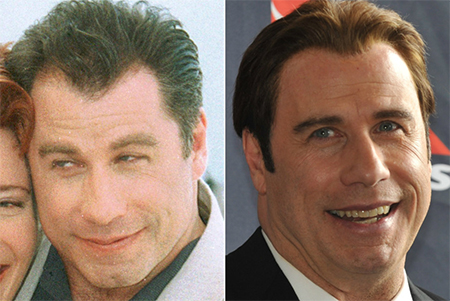