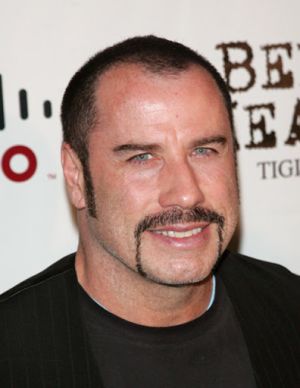 It is difficult to understand why someone like John Travolta, a man who really does have it all, would have such a hang-up about his hair loss

The photo to the right shows a man who, despite recession of his frontal hairline, is undeniably still the global icon he always has been.

John Travolta’s career is surely one of the most successful in Hollywood history, now spanning into its fifth decade, and including some of the most well known films every made.

Unfortunately like many men who experience hair loss, John has his own anxieties about losing his hair, as evidenced by some of the cover-ups he’s tried over the years.

Far from using Travolta as a subject of finger-pointing, men around the world should take some comfort from the fact that even the master himself gets hang-ups too. Not that we’d wish it on the man by any means, but it almost confirms that even if you did have everything as John Travolta does, its still okay to feel anxious about losing your hair.

The irony of his situation is that despite his own personal insecurities, hundreds of thousands of men around the world would love nothing more than to be him. No-one I’ve ever met has ever said “wow, have you seen John Travolta’s hair loss?”.

If most men could trade places with John Travolta, hair loss and all, would they do it? Of course they would. 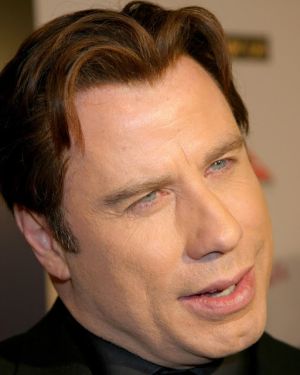 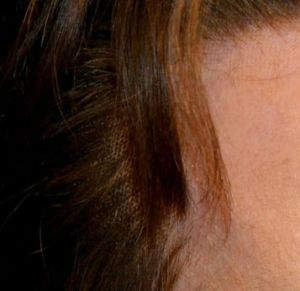 Unfortunately when you’re in the public eye, people tend to scrutinise and pick faults with you at every opportunity.

When John turned up to an interview sporting a suspiciously dense and floppy frontal hairline, rightly or wrongly people were always going to ask questions.

If you look closely to the right hand side of his frontal hairline and his right side profile (Johns right), you’ll see the weave used to hold his hair system in place.

Hair systems are commonly used by celebrities to disguise their hair loss. As people who are always under the spotlight, many celebrities feel immense pressure to maintain their appearance in order to stay on top of their game.

It is unfortunate that we live in a society where they feel they need to use these disguises to cover up their receding hairlines, but that’s the world we live in.

Hair systems (also known as units, wigs or hairpieces) work by replacing hair in parts of the scalp where it is lost. The new hair is attached to the scalp using a mesh-like base that is secured using adhesives.

The hair system is replaced every few weeks at a specialist facility, usually at the premises of the company that supplied the system in the first place. In between replacements, it is common for the system to be styled by a professional, especially if the wearer is a celebrity or otherwise well known.

Unfortunately in John Travolta’s case, it would appear that his system was not disguised as well as it could have been. Aside from the fact that the classic mop-top is like a red flag to those in the know, the mesh is clearly visible through his side profile. With the amount of money John has at his disposal, it seems strange that he couldn’t find someone to do a better job. 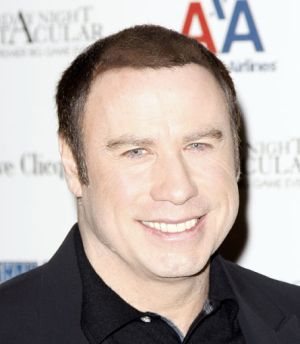 And then the concealer photograph….

Bright lights are every hair loss sufferers worst enemy. John Travolta found this out first hand, but for a very different reason.

Although no-one knows exactly why, John was papped under bright light whilst wearing a temporary hair loss concealer product that simply did not match his real hair. In the photo to the right, you can clearly see where his concealer was applied, and that the fibres are significantly lighter than his real hair.

Temporary concealers such as Couvre, Toppik, Fullmore, DermMatch and Nanofibres cling to existing hair, making it appear thicker and fuller. For what they aim to do, they generally do a good job, in fact some users are able to recreate a full head of hair even if they have almost no real hair left.

The main issue with concealers is the restrictions they place on the user. Concealer wearers are generally unable to go swimming or sweat too much,making exercise and intimacy quite awkward, and they are generally fearful of the rain or strong winds.