Jessie J shaves her hair off for Comic Relief 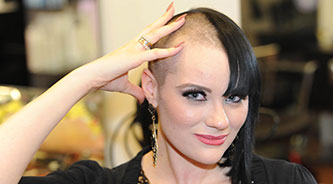 She’s been saying she’ll go through with it for weeks, and now she actually has. Jessie J shaved off all her beautiful hair to raise over half a million pounds in aid of Comic Relief 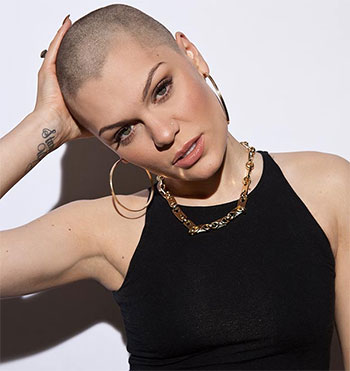 Shaving your head is a big step for many men, let alone women, especially given the high profile nature of her career. Although it was extremely unlikely that Jessie J would ever be criticised for doing something so selfless for charity, it must have been a real nerve-wracking time for her.

To be fair (and this is just my opinion of course), Jessie J is a stunningly beautiful woman who carries the shaved look off really well. There are certain women who have been able to do this. Think Sigourney Weaver, Sinead O’Connor and Natalie Portman.

No doubt about it though – Jessie J was certainly taking a risk when she decided to go under the clippers, as history proves the shaved head doesn’t work for every woman who tries it. Think Britney Spears for example, and even Cameron Diaz really struggled to pull it off.

However you look at it, Jessie J wouldn’t have known for sure how her new style would suit her until after the event. To make matters even more scary for her, once she said she’d do it, Jessie J must have known that there could be no backing out.

Did she do it for the publicity?

The answer to this question is obviously based on opinion rather than fact, but we believe she did do it for publicity, but for all the right reasons.

Its not like Jessie J needed to get her name in the papers. Her hugely successful music career has certainly been boosted by her appearance on X Factor arch-rival The Voice, so her career is not exactly on the downturn, far from it in fact.

Although we have no way of knowing for sure, she doesn’t exactly strike us as the type to pull off a cheap gag to get her face on the front page anyway. As her fans will no doubt agree, Jessie J seems like a genuine person who should be above all that nonsense.

No, we’re almost certain she DID do it for publicity, but only to raise money and awareness for Comic Relief, something that shaving her head has certainly achieved.

Previous Post
How to remove an SMP treatment
Next Post
Are bald men more or less attractive?