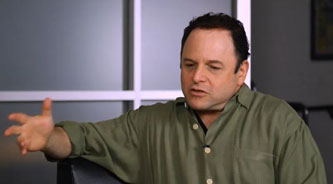 Jason Alexander is a famous star in America having acted in films, been in television shows and well liked by the American public. Since his late teens Jason has been losing is hair and whilst he wanted to have hair it also gave him acting parts that suited the balding man.

In the 1980’s he was busy acting parts that required a balding man. It was at a time when being bald was in ‘fashion’. However he always wanted to have hair and over the years looked into ways in which he could achieve this. When he couldn’t find the solution he wanted he considered going bald and shaving his head. If he did this it would limit the roles he could play so he decided against it. 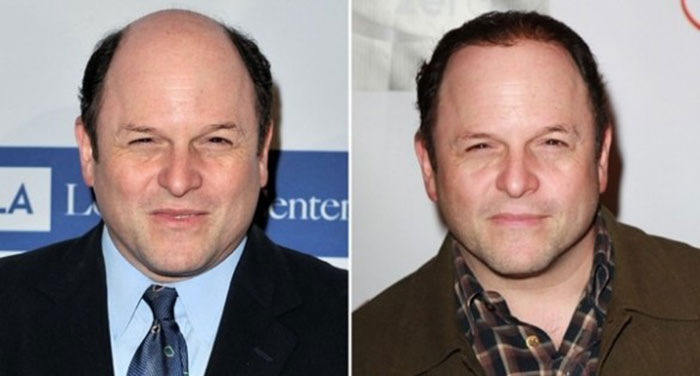 Hair loss for some people can be devastating leaving them lacking in confidence. This was not the case with Jason Alexander but he did want to have hair. There can be many causes to hair loss and it is important to understand what the cause is before taking on any form of surgery. There are natural remedies that can work in some instances. For instance if you are out in the sun for long lengths of time your hair could become dry and brittle causing it to break and ‘fall’ out. Treating the scalp to a massage with warm coconut oil and leaving in a towel for at least 30 minutes before washing out with a good shampoo can revitalise the hair follicles.

Illness and medication can also cause hair loss but often when these have finished the hair eventually regains its strength. Jason Alexander had none of these symptoms, it was down to natural hair loss an one option would be to have a hair transplant and another to wear a wig or toupee. Jason decided he wanted the best of both worlds, he wanted to have hair but also be able to take on acting roles that called for baldness.

The toupee turned out to be so natural looking there was speculation as to whether or not Jason had had a transplant. He openly discussed that would not have been the solution to his problem.

Now he can wear his toupee for as long as he wants, doing what he wants whether it was having a shower, swimming, working or sleeping. Jason then had the advantage of playing roles that called for a balding person or someone with hair. It is not everyone that wants to have a permanent hair solution. With the advancements in technology and materials wigs and toupees are very realistic unlike years ago.