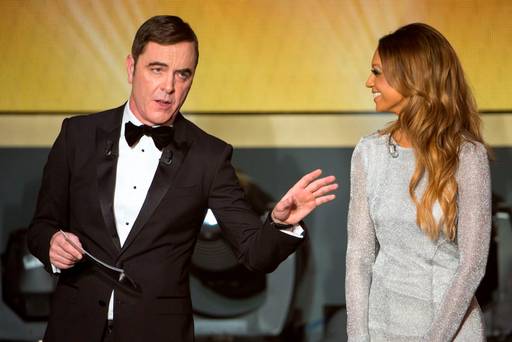 In the space of a week British actor James Nesbitt appeared on two shows, both had huge TV audiences. Anyone watching both could not have helped but notice that while during the first his hairline was in it’s familiar position and predominantly grey. A week later he was hosting FIFA’s Ballon D’Or award show, his hairline had marched towards the front of his head at the same time as reverting to a much darker, more youthful hue. It was a remarkable hair transformation, we speculate on what might have happened during the interim.

When We Met Him 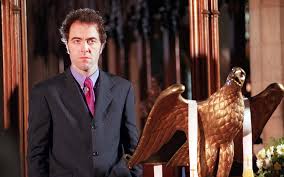 James Nesbitt came to nationwide attention in the UK by starring in the hugely popular series Cold Feet in the late 90’s. He was already into his thirties and displaying a Norwood 2/3 hairline. It suited him. He would go on to play, in his breakthrough role, Adam – a rogue diagnosed with testicular cancer for which he won Best TV Comedy Actor 2000.

The Story Since Then 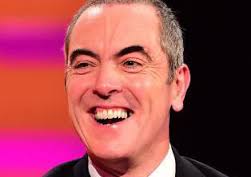 Nesbitt, by his own admission, has had a number of hair transplants since those early days – he felt they were necessary to keep the work coming in… judging by the number of bald leading men around he may well have been right, it certainly hasn’t held him back. The culmination of the advance of time and all that work can be seen in the picture above taken a couple of weeks ago on the The Graham Norton show, a popular UK prime time chat show. Essentially he has managed to hold on to a fairly convincing looking Norwood 3/4.

Fast forward to last week at the glittering affair that is the annual award for the world’s best football player. Held in Zurich it sees the great and the good from the world of football come together, marred this year by the fact that some of the great turned out not to be so good and were banned from attending – including the 3 men who previously held the top 3 positions at the organisation. In the picture above, alongside the ridiculously Katie Abdo from Sky Sports, it is clear that Nesbitt has had a fairly remarkable transformation since chatting with Norton. He is now sporting a Norwood 2/3 and that grey has completely disappeared.

No transplant can have done that for him and hair does not grow that fast outside of a werewolf film. Considered opinion suggests it is a hair system – it has been asked why he would have had all that work done only to cover it up… We suspect that like many actors he was merely adopting a new look for a new, extremely high profile, role and that it may not ever be seen again. We stand to be corrected of course and if Nesbitt likes what he sees we may all have to get used to it.

If you want to explore the options for treating your own hair loss why not arrange a free consultation with one of our experts. Click here to find your nearest clinic.