Is the stress of top-flight politics taking its toll on the hair of David Cameron and George Osborne? 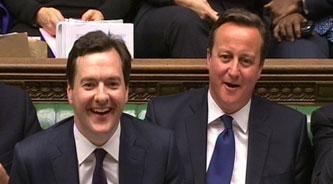 With a couple of the toughest jobs in the UK, one can imagine that they might have days where they want to “pull their hair out”. From the progression of photos of Prime Minister Cameron, we first notice his hair changing when he took the role back in 2010. It is first apparent that there is a thinning patch of hair at the top of his head – a very typical sign of male pattern baldness.

In recent photos it looks as though this thinning has increased significantly between the time Cameron took office and the present. The bald patch at the top of the head also seems to be pairing with a receding hair line which great impacts the overall hair density. 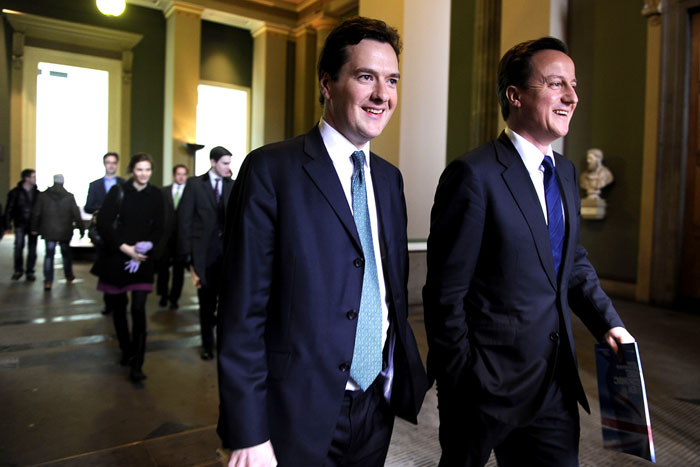 Cameron takes good care to style his hair in a way that down plays his balding, but the press has not been fooled. The press was no less privy to Chancellor Osborne’s hair troubles either. Persons involved in the media began to point out that he was also developing a thinning patch of hair atop his head.

George is not at all thrown by comments such as these as evidenced by his new hairstyle and light hearted joke about the change during the Conservative Party conference in Manchester. While addressing the conference hall he jests by saying he “turned it round to stop the recession.”

Is this due to stress or male pattern baldness?

Arguably, these two men have two increasingly stressful jobs. Dealing with financial crisis can get anyone down; but these two men may also just be suffering genetics. Both men seem to exhibiting typical traits of male pattern baldness.

Male pattern baldness is most often characterised by a changing or receding hair line; sometimes accompanied by hair thinning and loss at the crown of the head. Male pattern baldness is a layman term for a condition called androgenic alopecia. Androgenic alopecia is caused by testosterone converting into a secondary compound by the name of androgen. The conversion of testosterone to androgen is detrimental to hair growth because androgen attacks hair follicles, which leads to the follicle shrinking and decreasing or preventing new hair growth.

The media asserts that these men hold extremely stressful positions which may be increasing the rate at which their hair thins. The average person loses about 100 hairs a day which is not enough to notice really. This amount can change if you are stressed out. Many people connect daily stress such as jobs and finance to hair loss, but actually daily stress factors will not typically make your hair fall out. Your body is more susceptible to physiological stresses. While several sources of emotional stress can lead to physiological stress, emotional stress is not the most common cause of the hair loss. The bi-product of emotional stress can be physiological.

Anything that causes sleep loss, severe changes in weight, drastic lifestyle changes, severe illness, and a drastic cut in calorie intake are all types of physiological stressors that may adversely affect hair growth. While the science is there, pin pointing the exact cause of your stress related hair loss can be very difficult. Because of the growing cycle of hair, typically it takes six or nine months for hair to adversely respond to a significant period of stress.

The Chancellor and the Prime Minister may have stressful jobs, but since the direct correlation of the on the job stress with their hair loss is difficult to prove; I suppose they can’t use their jobs as scapegoats! Luckily for them there are many hair loss treatments available, regardless of whether the cause is genetic or stress induced.