Is Rob Kardashian losing the fight against hair loss? 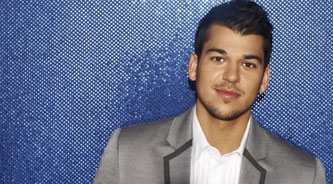 Rob Kardashian, star of the reality TV show, keeping up with the Kardashians, decided to address the sensitive subject of his thinning hair during an episode of the hit show last year.

Being a celebrity in the limelight and being constantly scrutinized by the media and press means that for celebrities such as Rob, any obvious signs of ageing such as the loss or thinning of hair will most likely end up with an unflattering photograph being splashed all over the press. 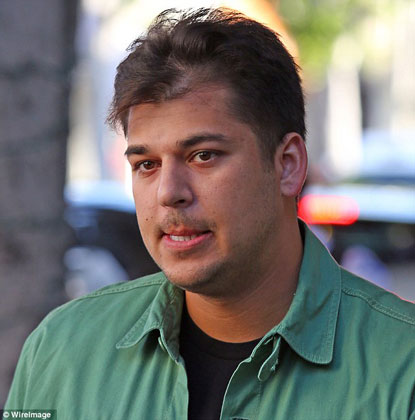 During the episode Rob was forced speculate about whether or not he was going to address his loss of hair and decide if he was going to take action and do something about it.

The 26 year old star and brother to Kim Kardashian, was forced to face the indignity of press releases about the possibly embarrassing subject of his alopecia, despite already having to deal with all the speculation and commentary about his recent weight gain, most likely adding to his ever growing list of insecurities.

Rob was recently pictured in West Hollywood as he was leaving The Ivy restaurant following a family lunch date. In the pictures it was clear that he was already displaying signs of balding and thinning hair.

During the 2012 episode of keeping up with the Kardashians, his sister Kim was seen to mock him on camera despite being such a sensitive subject for the star.

Rob appeared to be upset by the comments that led him to seek out professional help and began looking at various different hair loss treatments. Some of the treatments that he pondered over included a laser hair comb (yes it really exists) and hair loss shampoo treatments’ in an attempt to stimulate the re-growth of his locks.

It appears however that if he has tired out any of the treatments that they are not currently working for the former star of Dancing with the Stars. On the plus side, Rob has said that he is now committed to losing some weight after his public and turbulent relationship to singer Rita Ora forced him to pile on up to “40lbs” over recent months.

Rob spoke out and stated that “its crazy how this whole year, my whole relationship was only negative, all I did was gain f***ing 40 pounds and lose so much money.
‘I’m so insecure. I weigh like 215 pounds. I hate pictures. I hate everything”.

There is a possibility that his difficult relationship did not just affect his body weight, it may have also been a contributing factor to his hair loss. It is well documented that stress and worry can cause hair loss or at least speed up the process of hair thinning and balding.

It is common for celebrities to try hide embarrassing conditions such as hair loss from the public and media though this is not always easy as the paparazzi zoom lenses are constantly watching and trying to spot the slightest detail.

In Robs case, if the current treatment he is using is not working or is having slow results, it maybe worth considering the extreme measure of a hair transplant.

These days it is not uncommon or sociably unacceptable to have a treatment such as this and although initially the scrutiny from the media and public may be intense, a few weeks later it would mostly likely fade into insignificance as the press catch wind of another celebrity health issue or drama.

In fact, British Soccer player, Wayne Rooney, made a point of informing everyone about his transplant and even posted pictures on Twitter of himself after the transplant, and other celebrities such as Jude Law are believed to have had the extreme treatment.

It is often difficult for Rob to shine whilst often in the shadow of his gorgeous sister Kim and the out spoken Courtney and though problems such as hair loss or a receding hairline may temporarily throw him into the limelight, albeit for the wrong reasons, it is likely that he will remain in the shadow for the foreseeable future.