Is Khloe Kardashian losing her hair? 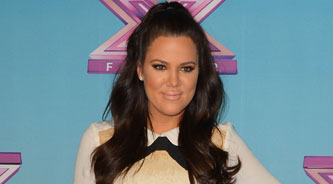 For the second time in a very short period the word ‘Kardashian’ has flashed up on our screens in the world of hair loss. This week is the turn of youngest daughter of the Kardashian family 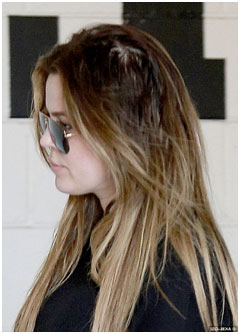 Khloe is currently in the midst of sorting her chaotic divorce from disgraced NBA star Lamar Odom, who is famous for playing forward for Lakers, Mavericks, Miami heat and formally and again currently Clippers. Odom has hit headlines recently for drug misuse, DUI and infidelity, no doubt pushing Kardashian to the limit. Hence, we can all understand her need for divorce. The pair met and married within 1 month in 2009, perhaps a little too whirlwind, even for a Kardashian.

So, back to poor Khloe. She was pictured earlier this week leaving a Beverley Hills Gym with a definite balding patch on the right side of her head.

This could be a sign of stress-induced alopecia. Khloe wouldn’t be the first to show her internal suffering on the outside as a result of too much stress.

In the last month we have seen poor Kirsten Stewart also with the same tell tale signs of female hair loss after yet another break up from Robert Pattinson, this time it is reported for good as he has left the $6.7 million home they shared in Los Feliz.

Prior to this earlier in the year we saw Naomi Campbell with what looked like traction alopecia, Fergie was seen with a wider parting which is either atributed to telogen effluvium after the birth of her son earlier this year, or indeed it could be androgenetic alopecia (genetic hair loss). While we all know the story of poor Gail Porter who lost her hair on her dramatic breakup with ex Husband and band ‘Toploader’ star Dan Hipgrave. Khloe, you’re in good company.

However, the balding Ms Kardashian appeared with could also be attributed to the over styling, dying and hair extensions her hair has been tortured with throughout the years. At only 29, she has spoken on the E! reality series of styling, dying and having half or full heads of extensions since she was 15, so 14 years of torture already for the starlets hair to have gone through. Whatever the problem, we’re sure good ol’ Momager Kris Jenner will have her looking back in shape within no time. Let’s hope Khloe has a better new year, and finds this is only a temporary glitch.