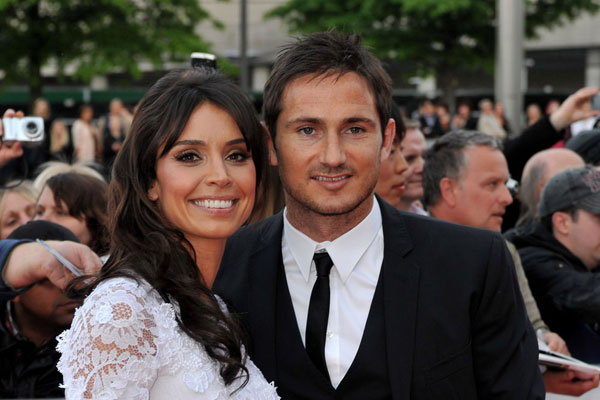 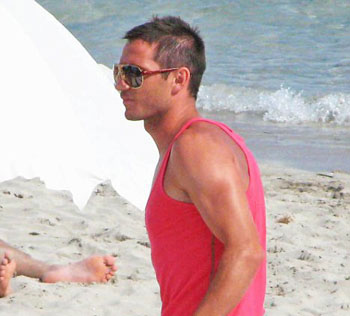 Ageing England supremo Frank Lampard may not have featured in the 2014 World Cup in Brazil, but he’s still all over the news following rumours that he’s off to play in New York. If he does, he’ll be following in the footsteps of David Beckham who most would agree paved the way for Premier League players to spend the twilight years of their careers in the American MLS.

There have been rumours circulating that Frank Lampard has started to lose his hair. At 36 years of age this would hardly come as a surprise, but for a man who is idolised for his looks as well as his skills on the football field, it will come as a surprise to many.

Frank hasn’t discussed this issue openly, and why would he? Although he is clearly thinning at the crown and towards the front of his head, he still has most of his hair and his boyish good looks. I know that many of us would trade places with him in a heartbeat, even if his remaining hair fell out in one swoop tomorrow. He’s just one of those guys that the rest of us wants to emulate. Being married to Christine Bleakley is hardly a hardship, either.

Is a hair transplant on the cards?

Probably not. He seems to have a pretty laid back attitude towards losing his hair, and towards hair transplants in fact following a recent tweet @ footballing pal Wayne Rooney. He’ll leave us guessing for sure, but I wouldn’t be at all surprised if he just allows himself to go bald and be done with it. 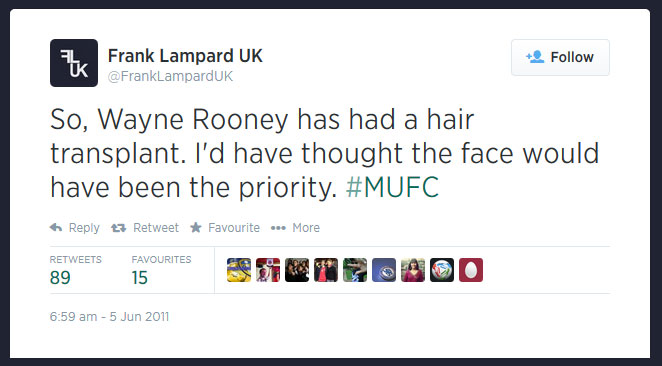 I guess the burning question for us at HIS, is what would Frank Lampard look like with scalp micropigmentation? Well, we’ve treated a number of high profile celebrities in our time. If Lampard continues to lose his hair, you never know, we might just find out 🙂

Previous Post
What happens to your SMP treatment if your hair goes grey?
Next Post
Scar Coverage – Intro