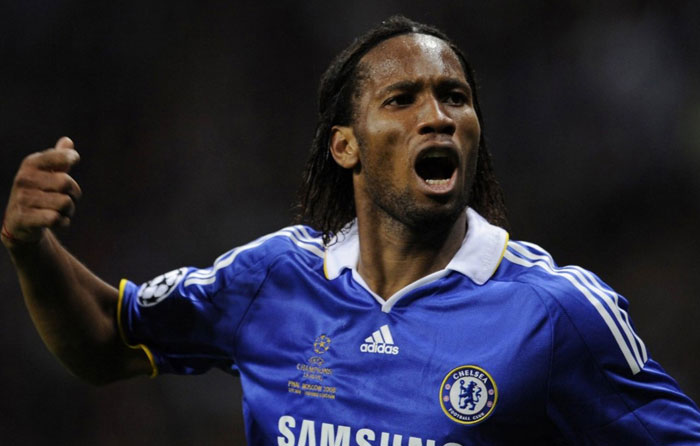 Many football fans are wondering if Didier Drogba is suffering from traction alopecia. No official statements have been made on this topic so far but this doesn’t stop the fans from discussing this matter. However, it wouldn’t be a wonder if Drogba has this medical condition because of his hairstyle.

Traction alopecia is a medical condition that is characterised by hair loss due to a traction force to the scalp. It is often caused by some hairstyles such as braids, pigtails or ponytails. You wouldn’t lose your hair if you have this hairstyle for a month, of course, but if you have it for years it might turn into a major hair loss problem. The constant traction against the hair follicles can loosen them and can increase the chance of them falling out. What’s more, this constant traction also reduces the blood flow to the scalp and this is yet another thing that increases the chances of hair loss.

Traction alopecia is, luckily, something that can be reversed in many cases. Standard treatments usually involve minoxidil to inhibit DHT and increase blood flow to the scalp, but you should know that it is always better to avoid a medical condition than to treat it. And with traction alopecia all you have to do is avoid all types of hairstyles that increase the traction forces to your scalp.

The case of Didier Drogba is the same – he has a quite unique and interesting hairstyle but it is also a hairstyle that increases the traction to the scalp. He hasn’t shown any traction alopecia signs yet but his hairstyle also allows him to hide any parts of his hair that might have started receding. Even though he may not have any hair loss problems now he may have them in future if he keeps wearing his hair this way.

However, in order for someone to have traction alopecia it isn’t only enough to have a specific hairstyle. There are other side factors that also determine whether someone would lose their hair this way or not. For example, if someone has weaker hair follicles this would further increase the chances of him suffering from traction alopecia. On the other hand, if someone has really strong hair follicles that receive an adequate blood flow they may have such a hairstyle for years and never have any hair loss problems.

It is probably not even possible to give an answer to the Didier Drogba question. Even the specialists that have seen Drogba’s hairstyle and photos of him are not actually able to say whether he is suffering from traction alopecia or not. The only thing that can determine whether he has this medical condition or not is a thorough medical examination. So, unless Didier decides to undergo a full medical examination and share the results publicly, we will probably never know the answer for sure.