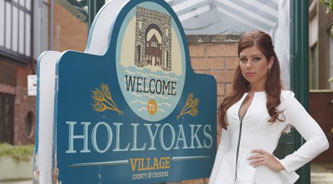 As many soap fans may be aware, Maxine Minniver (Nikki Sanderson) and Patrick Blake (Jeremy Sheffield) in Hollyoaks are currently embroiled in a hard hitting plotline on domestic abuse, but the sub-story of Maxine’s alopecia is also an important one 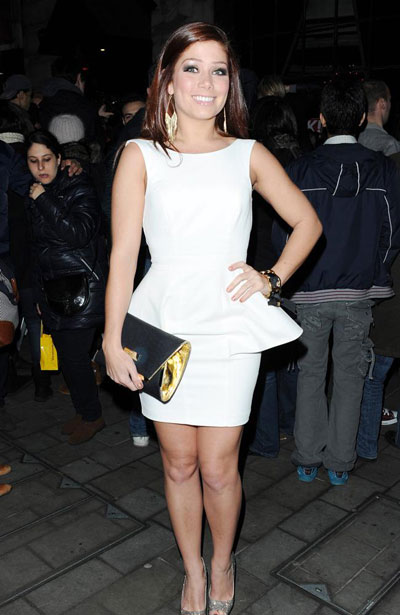 Patrick’s controlling ways are being also highlighted in a campaign from the home office entitled ‘This Abuse’, aired prime time on television, radio and online from October through to the New Year. The campaign aims to show young people who will relate to the couple and watch the popular Channel 4 soap, that domestic abuse isn’t always just physical, but that metal and emotional abuse are also classed as domestic abuse, and as a result should not be allowed to happen.

However, it is not just the emotional abuse as of this week that Maxine has to endure. Many viewers will also have picked up on the sub-plot following Patrick’s daughter Sienna has been sectioned under the mental health act that Maxine, once left alone by Patrick, upon trying to clean herself up from the most recent onslaught of his anger finds that upon brushing her waist length hair that it is indeed beginning to fall out by the handful.

Granted, he was very violent and could have caused damage to the hair roots when he last attacked her physically, but now are Hollyoaks about to touch on the subject close to many womens hearts on stress induced alopecia? It would make a lot of sense, with Maxine having endured physical and mental torture from October that the stress of the situation and keeping it away from her friends has now started to take its toll on her, and is now starting to manifest in other ways.

Hollyoaks would be the first soap in many years to tackle the widespread issue of stress related alopecia, and as a result, will highlight again to young people the severity and the impact it can have on all aspects of a persons life. Stress induced alopecia, or telogen effluvium to give it it’s proper name, affects many people all over the world. It can be a result of major physical trauma, menopause, crash diets, severe psychological stress, major surgery not to mention anaemia, lupus and liver diseases.

The hair we have usually last between 3-7 years, depending on the hair follicles, of our hair, 90% is in a growth state, called ‘anagen’. The other 10% is in a dormant state called ‘telogen’ . People with Telogen effluvium have a transition where the amount of hair in the dormant ‘telogen’ phase is rapidly increased, thus a mass shedding of hair which then in turn does not have enough time to replenish itself, thus causing the alopecia.

As of yet we are still to wait to see if the plot line will end up with Maxine’s hair loss becoming something more and something of a story in itself, but for now we wait with bated breath to see if the soap will tackle this issue more comprehensively. We can but hope that Channel 4 will highlight for many the issues that alopecia comes hand in hand with, and that it will give a wider and younger audience a greater understanding, and subsequently more empathy for those suffering with all types of alopecia, whether stress induced or not.