The bald truth about Gene Simmons 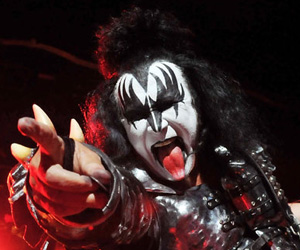 It takes a special individual courageous enough to deviate from a craft that’s brought him enormous success, and experiment in the unknown. What is even more inspiring is to be able to achieve success in these brand new enterprises where they notably have less experience. It allows them to identify with a wider audience.

People came to know Gene Simmons for his alter-ego that was onstage in the seventies as the bassist and lead vocals of the rock band, Kiss. It had a cult following which still exists now, established among the icons of Americana. As its acclaim subsided in the eighties, Simmons was keen enough to delve into acting roles in film and television. Simmons also appeared in music videos as well as in video games. Simmons also published books about his band, girls and himself. Ever the entrepreneur, Gene additionally tried venturing into the magazine business coming out with five issues of a men’s lifestyle magazine titled: Gene Simmons’ Tongue. He’s also known for producing the rock band Van Halen in the late seventies that was able to create a good following of its own.
Simmons’ abilities are constantly tested by challenging himself to excel in the various areas of the entertainment industry. It seems like he does this with all facets of his life, even with his appearance. Throughout time, Gene’s appearance has scarcely changed as he has always worn his hair long. He is already 65 years old, and a prime candidate for androgenic alopecia. His temporal areas have receded to begin forming an M-shaped hair pattern though it generally seems to have been be covered by a hairpiece rather than his genuine hair. The balding could have been more severe than what most thought at first.
Male pattern baldness affects close to 70% of men during their lifetime. Genetics is the main reason that this shows itself and in most cases is expected to manifest itself for the first time around the age of 25-35. There are instances however where hair loss is experienced at an earlier age.
Recent photographs have surfaced revealing his scalp totally free of hair. It doesn’t even have coverage on the sides and the rear of the head. This makes it difficult to nail if this was an intentional move to conceal the degree of his balding or if he merely wanted to revamp his image.
What is clear is that Gene Simmons will continue to be a rock legend, inspiring the imagination and ingenuity of those that seek to learn from his example. Simmons is a guy who chose to really go past the confines of his success and ventured out to seek other fields to shine in. The present state of his hair might just be an expression of his mental attitude.