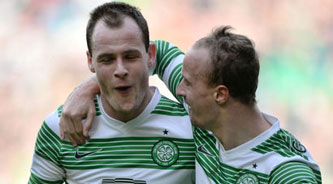 Leigh Griffiths and Anthony Stokes, both Celtic players, were shown in a campaign for advertising a hair loss clinic.

Anthony Stokes recruited his new teammate for an advertising campaign for a hair loss clinic. The player that joined the team very recently decided to also join this campaign for fighting hair loss. They were both shot in a TV advert for the firm KSL Hair, a hair transplant clinic located in Glasgow.

Griffiths says that he was inspired by his teammate to sign up for hair transplantation. Even though he has been thinking of doing this for quite a long time he just didn’t find the strength to do it. However, after he learned that Stokes had undergone this procedure he quickly gathered his strength and signed up for a similar procedure. 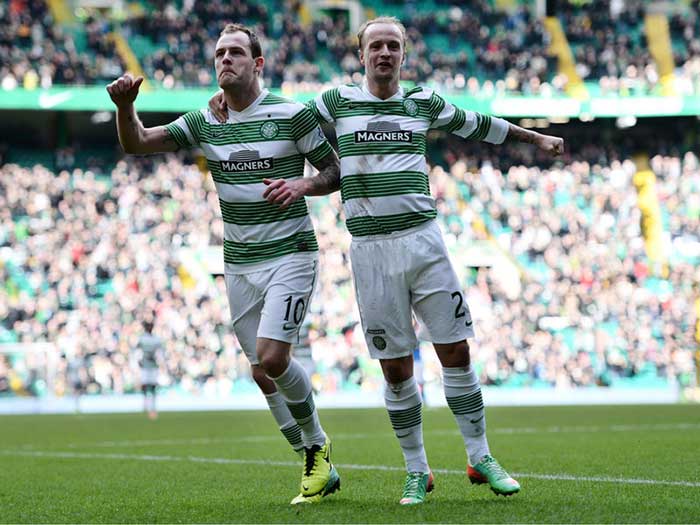 Even though both of the Celtic players are still far below 30 both of them have major hair loss problems that are becoming more and more visible. That is why both of them decided that it was high time they did something in order to have a thicker and better looking hair. KSL also offer procedures for women and the fiancée of Stokes, Debbie Lawlor, signed up for extensions there.

Stokes also added that he had noticed his problems two years ago and it was getting worse. Both players were eager to see how they would look at the end of the whole process. Even though transplants can offer a number of benefits, it is still not a miracle cure and it takes some time for your true results to show themselves.

Both Griffiths and Stokes opted for follicular unit extraction. In this procedure hairs are taken from one part of your body and are then transplanted to your scalp. The procedure leaves some scars but the exact extent of scarring can be difficult to judge beforehand. Some people are lucky and only have a handful of prominent scars, whereas others scar so badly that they become a bigger issue than the hair loss was in the first place.

Both of the Celtic players have undergone the same procedure that was chosen by the football star Wayne Rooney. What’s more, many other celebrities,like Barry Hughes, James Nesbitt and Elton John, have also had hair transplants.

A number of celebrities are now opting for scalp micropigmentation instead of a hair transplant. Why? Because the results are guaranteed, instant and a lot less invasive. When you rely on your appearance as much as an individual in the public eye, it is easy to understand why scarring can become unacceptable hurdles for many.

The most recent footballer to undergo scalp micropigmentation is ex-Manchester United player and coach Quinton Fortune.

HIS Hair Clinic are opening a clinic in Glasgow in 2014, to support existing operations in Manchester, London and Birmingham. For more information please contact us.