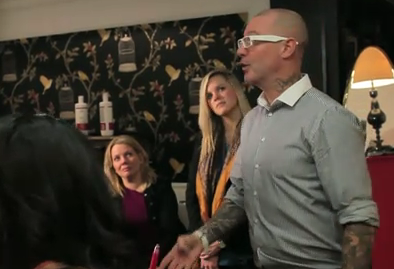 The urban city of Manchester is home to over 2.5 million residents. This number is steadily on the rise and will continue to do so due to the attractive lure of this multicultural metropolis. It is also the city that proudly houses the Manchester United Football Club, a championship team that has known the ups and downs of the sport throughout the years. Not far from the National Football Museum is the Printworks Odeon Cinema where residents are able to appreciate the latest movie showings in IMAX. These are just some among the many notable places to visit in this great city.

Just a little to the south beside Whitworth Park is Oxford Place located along 61 Oxford Street. It is in this building where an establishment that is known to treat hair loss effectively is located. This is the HIS Hair Clinic that was endorsed by the celebrity hairstylist, Adee Phelan. It is open to serve clientele who require their balding camouflaged, their existing hair to appear thicker or to hide any scarring that has resulted from hair transplant surgery.
Phelan is already well known all over the country for the work he has performed on one of Manchester’s well-loved football players. He was responsible for David Beckham’s signature Mohawk look back in 2002. It was a style that became so popular that men all over the world started to copy and make their own. His talents and creativity are no secret to other celebrities. They too enjoy having their hair styled by one of Britain’s leading hairstylists.
Adee is a businessman as well. He has salons all over the country coupled with interests in photography and training seminars. His authority as a style icon lends itself to endorse the HIS Hair Clinic in Manchester. There were a lot of journalists and staff at the launch to explain the benefits of a scalp micropigmentation procedure. Details were also provided on how it is done, the duration of the procedure as well as the costs. There is hardly any doubt that scalp micropigmentation is an excellent way to remedy balding.
Phelan feels that hair is a “confidence booster”. There are a lot of men who undergo a balding condition and scalp micropigmentation is a great way to address it. This does not require any invasive surgery. Neither can it be considered to be really expensive. Gone are the days when putting on a cap to hide hair loss could resolve the situation. Men now want to look and feel good about their image. There may be other methods available in the market however scalp micropigmentation is perhaps the best way to deal with their concerns.
The Manchester branch is an expansion of the business that also has clinics in London, New York and Paris, and other locations all around the world. Each facility is capable and equipped to effectively handle almost any balding condition. The practitioners are all skilled and experienced in the field of scalp micropigmentation. Any prospective client considering to having a treatment done just has to give a call to inquire on how to book an appointment.