A hair transplant for Bono? 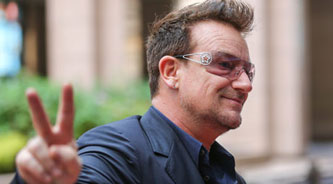 Having had long thick hair in the 80’s, in recent years there have been signs of a receding hairline, however now approaching his mid 40’s there are definitely signs that Bono has had hair transplant surgery.

With changing fashions and styles he has adopted shorter hair styles which has covered the fact that his hair may have been thinning. There have been photographs that have been taken and published by the media showing the top of Bono’s head which have shown signs of typical male pattern baldness. Once thinning of the hair has started it is difficult to stop it.

Bono, from photographs, now has more hair on top and at the front of his head. As a celebrity that was famous in his younger days he will be trying to keep his youthful looks and for many men going bald is a sign of age. In today’s celebrity world there is a lot of competition and men are quickly catching up with women in using surgery to look their best. 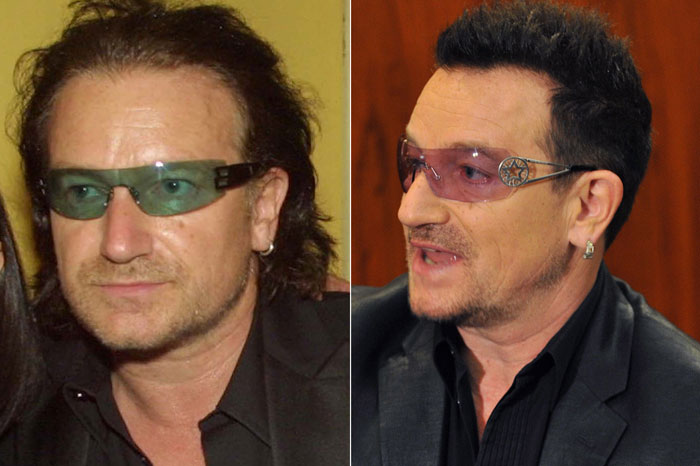 Hair transplant surgery has been around for several years now but with new medication and technology success rates are improving. It is not a painless process and takes time to produce results. Bono would have had to be careful not to infect any part of the transplant as it is easy for infections to develop.

Being a musician Bono will want to keep his youthful looks for as long as possible. There is a lot of competition in the music industry and it is easy to be forgotten. Instead of hiding from any problems he has looked at this fairly new process and it looks to have succeeded, however the process may need to be repeated in later years as other parts of his scalp begin to lose hair.

Keeping a good well balanced diet will be an advantage to Bono if he wants to keep the hair he has got. Loss of hair can be hereditary but it can also be caused by stress and illness. Some medications are known to cause hair loss and unfortunately it is something that cannot be prevented. However, in these cases the hair does normally grow back. For Bono his hair loss seems to be a typical hair loss that many men suffer from.

Although procedures such as FUE (Follicular Unit Extraction) have greatly improved and there are now fewer side effects, it is still a surgical procedure which should not be taken lightly as complications can occur. Itching is common in the early stages, and significant scarring is almost a certainty. Bono, like many other celebrities that have had this procedure carried out will have preferred to not advertise the need for such surgery.

It is important in this day and age to show the public that you have not changed much over the years and in the music industry with its many new artists Bono will want to keep a youthful look.