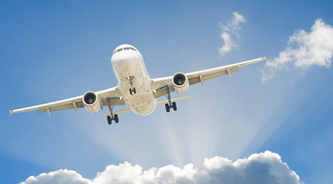 It was a very unpleasant flight home for United Airlines passenger Karen Reed that resulted in her filing multiple complaints to United. Reed said she had to cut out a chunk of her hair after a maintenance worker dripped super glue all over her while fixing an overhead bin.

Reed says she had just boarded a flight on June 14 from San Diego to Houston with her two children when a maintenance worker approached her and asked her to get up from her seat.

“He put super glue on a piece of plastic trim and put it on the overhead bin above me and proceeded to drip it everywhere,” said Reed.

“He was cleaning the seat and I told him the glue was still dripping from overhead but that’s how careless he was,” said Reed.

The maintenance worker walked away and returned shortly to replace the seat cushion, she said.

“When the flight attendant said, ‘Hey, you got super glue in her hair,’ he totally ignored the comment, wouldn’t look at me, wouldn’t give me any eye contact and turned around, replaced the seat cushion and walked out,” said Reed.

She had a very uncomfortable ride home. The flight was full and with no other seats to switch to, the flight attendant gave Reed a blanket to sit on.

“At this moment I’m sitting on super glue, I can feel the clumps of glue in my hair, I’m tired and I’m ready to get home,” she said.

Once she got home, her hair was so tangled she took a pair of scissors and cut off more than 9 inches of it off of her head.

Reed filed a complaint with the flight attendant, the supervisor at the gate in Houston and even sent in a packet that included a complaint form and a picture of her cut off hair.

She said United offered her 40,000 miles and a $100 American Express gift card. She declined the offer.

“For what they offered me, they’re not even giving me a round trip ticket, basically their customer service sucks,” said Reed.

The airline offered an apology.

“We’re sorry about what happened, we reached out and spoke directly to Miss Reed. We appreciate her business and we’d like to welcome her back,” said United Airlines spokesman Charlie Hobart.

With thanks to ABC News for the above content