Why can coping with hair loss be so difficult? 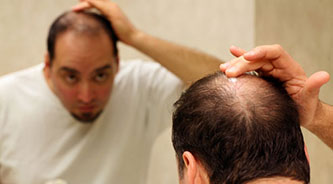 We all know people who are affected emotionally or psychologically by hair loss. Perhaps you are affected in a similar way. So why is it, then, that some people seem to breeze through the inevitable without a care in the world? 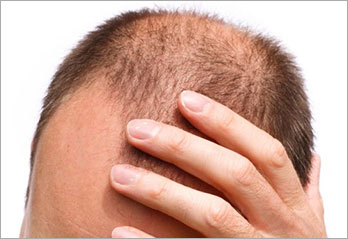 There are many factors that influence how much losing your hair is likely to affect you. These include your social circle, your family members, what you do for a living and how prone you are to developing insecurities in general. As a rough guide, the more lacking you are in overall confidence, the more likely you are to find hair loss a difficult situation to cope with.

Obviously this is a big fat generalisation. Uber-confident guys are often affected just the same, and some who are low on self-esteem really aren’t that bothered by it. I do believe however that a number of considerations must be taken into account.

Just because someone says they’re not bothered by hair loss, doesn’t necessarily mean that is the whole truth. Men in particular often present a strong exterior as a defence mechanism, and admitting that they’re upset by it could be seen as a sign of weakness in some social circles. Also bear in mind that highlighting the issue in such a way is often where such anxieties start.

Some people display their emotions in a more dramatic fashion than others. For some, they may give the impression that their world is coming to an end, when in actual fact it is a minor grievance at most. Others may calmly and quietly admit that losing their hair gets to them sometimes, when deep down they are utterly distraught about the prospect of not having any hair left in the foreseeable future.

Interpretation is a powerful thing. Many men consider a slight recession of their frontal hairline to be a real disaster, whilst others barely notice until they’ve thinned out significantly.

So then, back to the original question – why are some men more bothered by hair loss than others?

Well, if a simple answer existed (and it most likely does not), then the answer to the question would be this – men who are pre-disposed to be more self conscious, be it due to their past experiences, their peer group or because of the way their minds have been pre-programmed during their upbringing, are more likely to be affected adversely by the prospect of losing their hair.

Previous Post
Is losing your hair as simple as X and Y?
Next Post
Thoughts and anxieties