What to Expect…in between your first and second session. 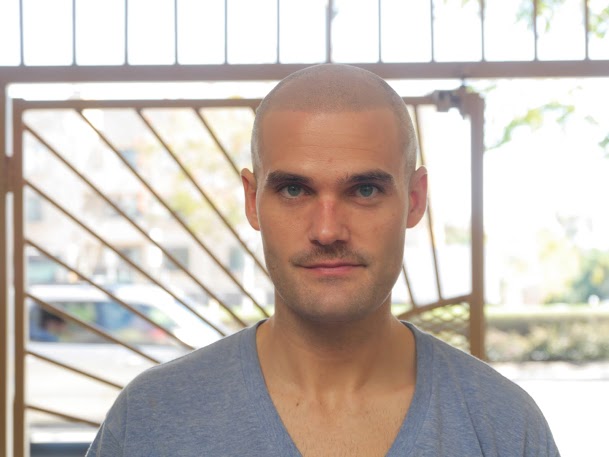 “The excitement kicks in because now you know where you’re going. You can see it. I couldn’t stop looking in the mirror. The hairline just does it, the way it frames your face. It’s a night and day difference.” Zang, HIS USA West Coast Regional Director, on the feeling after his first session.

One of the more frequently asked questions we receive is why multiple sessions? The answer to that question has as much to do with what happens in the sessions as it does with what happens in between those sessions. While reasons like ensuring the proper amount of blending to avoid any unevenness in color and density and multiple sessions allowing the practitioner and the client to maintain control of the procedure are a major part of the answer, one of the other reasons has to do with the deposit of pigments themselves.

Upon exiting your session, depending on the tone of your skin, you will most likely experience a certain degree of redness on the scalp. Client’s with lighter skin tone tend to have more prominence with the redness than clients of a darker skin tone. The best comparison that can be made to what it looks like is a sunburn. Which is appropriate because that’s the most common analogy used by clients to describe how the scalp will feel after their initial session.

Also, the pigment may look a little dark or too defined. This is normal. Remember that this skin is slightly agitated and the pigment is fresh. In between the first and second sessions, your skin will heal, the redness will subside within 24 hours, and the pigment will settle into the skin.

Over the week following your first session, the small amount of pigments deposited will actually begin to shrink. We assure this is normal and nothing to worry about. As the scalp heals and the pigment settles into the skin, the shrinkage will open up space between the originally deposited pigment, causing what some mistake for fading. As stated, a major reason HIS Hair works in multiple sessions is because we recognize and account for this. When you return for your second session, you practitioner will work at filling in the space created by the settled, but smaller deposited pigment, and continue building the density on the foundation laid down in the first session.

For the first four days after your session, HIS recommends that you avoid showering your head, avoid activities that will cause you to excessively sweat, NOT to cut your hair, and NOT to use any shampoo or moisturizer.

Your skin is covered in sweat glands called eccrine glands. These glands are tubular in structure, reach way down deep in to the dermis and subcutaneous tissue (hypodermis) of the skin. Responsible for regulating your body temperature, sweat glands will produce a substance that consists of primarily water and sodium chloride (i.e. salt). Aside from simply cooling your down, sweating is another way your body rids itself of waste.

In the case of the scalp micropigmentation, when the micro-needle penetrates the skin to deposit the pigment, it disrupts the primary function of epidermis – which is, as the outer layer of the skin, to protect the skin from foreign objects. Skin needs time to heal from this opening that’s being created. To go right out and engaged in a strenuous activity that causes you to sweat excessively, you would literally be pouring salt into an open wound.

So, to our more active clients who embrace what Teddy Roosevelt called the “strenuous life”, we politely ask you to please, put down the dumbbells, step off the stationary bike, and slowly back away from the crossfit. We also recommend that you refrain from swimming, so as to avoid the salt in the ocean and the chlorine from the pool.

Now for most of you, that makes sense, but you’re probably wondering why you can’t shower the scalp for four days? Great question. The main concern is that a hot shower will again open the pores and only expose your SMP to potential damage. Theoretically, could you take a normal shower for you body, but then run cold water over your head? Theoretically, yes, but again, why risk the possibility of disturbing the pigment?

Once the first four day period is up, you’re free to begin washing the scalp and using moisturizer. When you first begin to wash the scalp, it is not uncommon to see tiny, little dots in your hands or wash cloth. Often times, clients will grow concerned that they have some how exfoliated the pigment out of the skin. We can assure you, this is not the case. Instead, what you’re seeing is dried, excess pigment on the scalp. When deposited, a certain amount of pigment will be retained in the skin. However, sometimes, the skin will force the foreign pigment out in a small amount that will end up drying on the scalp. Again, perfectly normal; nothing to worry about.

For moisturizer, there are many different routes you can go. Most clients go for a lotion with a matte effect and/or SPF. For more on that check out our article on the subject here.

After the four day mark, you can begin to cut the hair again. You’re a free to use your weapon of choice: clippers, electric razor or a standard razor blade.

Missed one of the previous articles for this series? Check out What to Expect in a consultation and a first session.

Next up, What to Expect…in your second session.

Previous Post
What to Expect…in a consultation
Next Post
A spate of bad SMP reviews – what’s the real story?