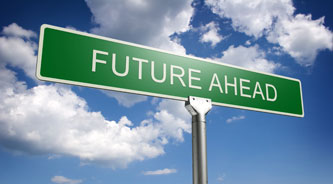 HIS Hair Clinic are the original innovators of Scalp MicroPigmentation (SMP) treatments for hair loss, completing the worlds first procedure in 2001. As the technique has gained widespread recognition, those who remain undecided sometimes ask if a temporary SMP solution is available.

Although Scalp MicroPigmentation offers the male hair loss sufferer a huge range of benefits in comparison to more traditional solutions, the fact remains that any decision to take remedial action against a rapidly balding scalp is a significant one. The most common concerns expressed by our clients tend to focus on how they will be perceived by everyone else including their partners, relatives, social circle and work colleagues.

The substance behind these concerns is very real. Unfortunately we live in a world where a persons appearance is of paramount importance, and despite a huge shift in public opinion in recent years, SMP is still seen as a crazy idea by many people, especially to those who are not familiar with it.

For this reason, a growing number of prospective clients now ask if HIS Hair Clinic offer a temporary alternative to permanent SMP, the perception being that the person is taking a smaller risk because if they do not like the results, or if their new ‘hair’ is not as realistic as they were hoping for, the pigments will fade away and enable the client to revert back to their original appearance.

This demand is fueled in part by a handful of companies that now offer a version of temporary SMP, and many people have been tempted to look at this option for understandable reasons.

In the medium to long term, there is a possibility that HIS Hair Clinic will start to offer temporary Scalp Micropigmentation treatments. We do not do so at present however, because a number of concerns and unanswered questions remain regarding the effectiveness and practicalities of such a solution.

As the worlds leading SMP specialist provider, the composition of our pigments is regarded as the most advanced, stable and therefore the most reliable available. Using no constituent colours whatsoever (being derived from pure black only), we are able to create an entire spectrum of shades to suit all hair colours from black, brown, ginger and blonde, without any fear of the pigments discolouring over an extended period of time.

A temporary solution would require different pigments that are designed to fade after 2-3 years or so. As it stands, we are not satisfied that any currently available temporary pigment can offer the same assurances. Those currently in use are the same as used by permanent make-up practitioners, and these pigments are known to discolour in almost every case.

Another major concern is what happens during the interim period while fading is taking place. Unlike our pigments which can be lasered off in just one session, permanent make-up pigments are more difficult (and sometimes impossible) to remove, as lasers are far less effective in removing these pigments. This is likely to leave the client with an unnatural appearance for several months (or even years) when the pigments start to fade.

What about all the excellent reviews I have read?

Unfortunately, permanent make-up artists and less well-known practitioners have a poor track record as far as real-world results are concerned. Certainly there are advocates for temporary scalp micropigmentation out there. Reviews are easy to manufacture and manipulate, however we see the consequences of such treatments on a daily basis, as many of these clients turn to HIS for help.

The following photographs show some of the poor results we have seen. These are not isolated cases, these are six recent examples who had their treatments with six different providers. Unfortunately results like these are becoming commonplace. 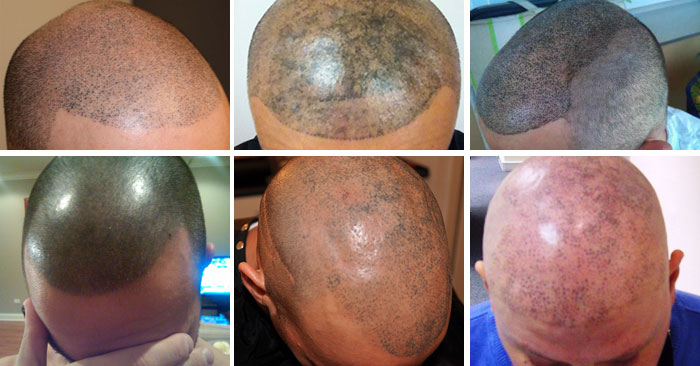 Another poor example is shown in the video below.

What is the most viable option?

If you are interested in SMP as a solution and feel you would be comfortable with the idea of living with it over the long term, then we strongly recommend you consider a permanent SMP treatment.

The pigments used by HIS Hair Clinic are easily removed via a quick laser session, so if you change your mind, reversal of a permanent SMP treatment is much easier than removing make-up pigments used by those offering a temporary service.

The following video shows John, a client of HIS Hair Clinic who had a laser session to remove pigments from his frontal hairline in order for it to be redesigned. Removal of a full head treatment is just as straightforward, although the duration of the laser session would obviously be extended.

We developed our SMP techniques to offer an undetectable, permanent solution to male pattern hair loss, whilst still enabling the client to benefit from total flexibility regarding their treatment options. Not only were we nearly a decade ahead of everyone else in developing a viable, high quality SMP service, we remain the only provider in the world to offer a safe, consistent and fully proven removal method. In addition, due to the unique and highly advanced pigment formulation used in all HIS clinics, our SMP pigments are significantly easier to remove than those used by any of our competitors.