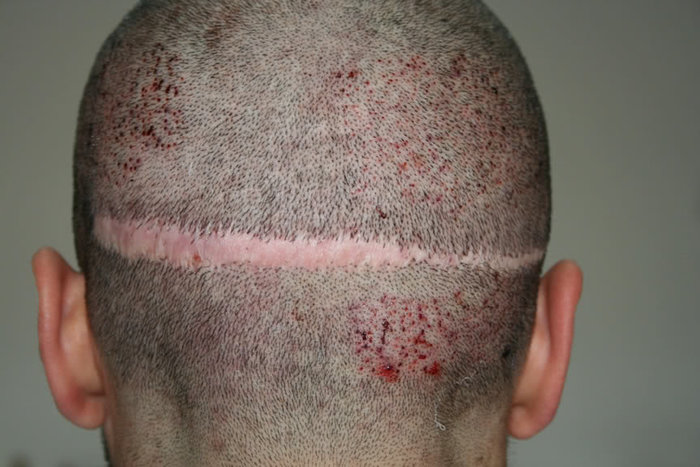 When it comes to treating and camouflaging a scar with SMP, it’s to know what exactly we’re working with.

What is a scar? A scar is natural part of the skin’s healing process. When damage is done to  the deep layers of the epidermis of the skin, a scar will always be the end result. The body goes through different stages of healing before a scar forms. The first stage includes swelling, tenderness, and redness while the scab forms over the wounded area. During this the next stage, under the scab, the body will begin producing collagen fibers, mending the damage done to the skin. The collagen fibers produce new tissue which will have different texture, quality and appearance to surrounding skin’s tissue.

The key words that stand out to us here with regards to a scalp pigmentation treatment are “quality” and “texture”. In terms of texture, the residual scar from the damage done to the skin can be either indented into the skin or raised. 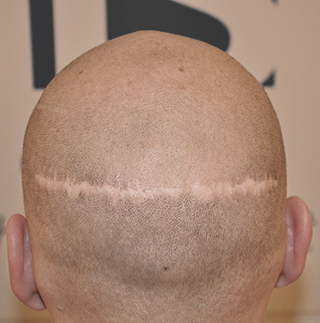 Indented scars, also referred to as atrophic scars or depressed scars, have a shallow appearance as result from the damage done to the skin’s underlying support structure. This damage typically occurs from the scar-causing incident itself.

Raised scars, also known as hyper-atrophic or keloid scars, are a result of the over-production of collagen in response to the damage done to skin from the injury. The result is a puffy, raised scar that be difficult to work on.

In either case, to get the best possible result from a scalp pigmentation procedure, it would be wise to explore options to improve the appearance and condition of the scar before moving forward with SMP. But what options are out there to better a scar in the conditions previously mentioned?

Indented scar (above); raised scar (below)

For raised scars, options range from silicone-based treatment gels and sheets that are to applied daily to Fraxel laser treatments. The silicone-based gels and sheets have been known to improve the scars overall appearance, however, the attention required (sheets are to be worn 12-24 hours a day for a minimum of three months before results can be seen) can be taxing.

For indented scars, treatment options include fat grafting or dermal fillers Fat grafting is the process of removing fat from a different part of the body, purifying it, and then re-injecting it into area of the scar to bring the area up. The process for dermal fillers work in a similar fashion, but instead of harvesting and re-injecting fat from the body, the filler is either a synthetic or natural filler. Natural fillers, typically comprised of hyaluronic acid, is said to have a lower risk of causing an allergic reaction, while the synthetic  filler will last longer than natural fillers. 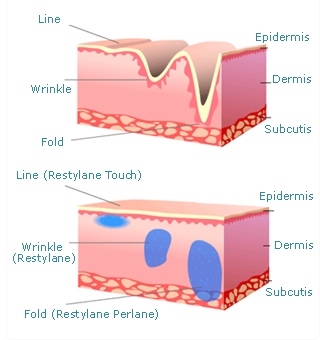 Out of all the plethora of options available out there to improve the condition of a scar before treatment, Fraxel leads the pack. Fraxel, a fractional laser procedure, is a non-invasive treatment used to treat all type of skin imperfections and damages ranging from wrinkles, fine lines, stretch marks, acne, sun spots, but specifically can be used to reduce the size and appearance of a scar. By penetrating deep in to dermis layer of the skin, a Fraxel treatment will eliminate old epidermal pigmented cells, which when this happens, the skin’s natural healing ability kicks in and creates room for new tissue to replace the damaged area resulting in healthier skin.

All this will provide a better starting point for a scalp pigmentation treatment to cover a scar.

So how do we do what we do when it comes to camouflaging and covering scars? Stay tuned for part II of the scar coverage series.

Previous Post
Let Your Light Shine, But Not Your Scalp, Part II
Next Post
The truth behind the David Beckham hair transplant rumours