Saw Palmetto (Sabal serrulata or Serenoa repens) is a herb used in some hair loss products, particularly in oral supplements, shampoos and conditioners 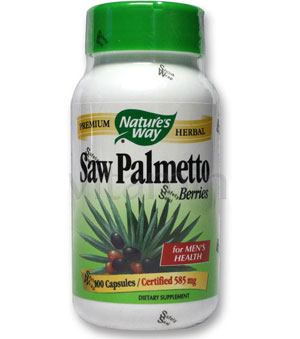 Black berries of Saw Palmetto have been used in Europe for decades for their therapeutic properties to ease the symptoms of cell proliferation, inflammations and benign prostatic gland enlargement. However, in the U.S., this natural remedy has been used since the times of ancient civilizations. For example, the Mayans used Saw Palmetto for its excellent tonic and antiseptic properties. Now, Saw Palmetto plants grow naturally in Georgia, Florida and some other Southern states.

The main benefit claimed of Saw Palmetto is its alleged ability to block the 5-alpha reductase enzyme, responsible for testosterone conversion to dihydrotestosterone (DHT). DHT is considered to be one of the main factors causing the progression of thinning hair, and subsequently the familiar spectre of male pattern baldness.

It is important to recognise however that many reviews concerning Saw Palmetto products are written by manufacturers or retailers with a vested interest in generating sales. Anyone considering using Saw Palmetto hair loss products should therefore seek independent verification, and remember that there is, as yet, no proven ‘miracle cure’ out there for hair loss.

Saw Palmetto products are considered to be quite safe and non-toxic. However, it is recommended to consult a doctor before using Saw Palmetto (or any product containing it), including extracts or pills. There are a number of unwanted side effects experienced by some users including constipation, nausea and stomach pains, as well as more serious health conditions in rare cases. Also, as with treatments such as finasteride, pregnant and breastfeeding women should avoid any contact with Saw Palmetto.

Previous Post
Link between smoking and hair loss proven
Next Post
Can HRT cause your hair to thin?