FDA confirms that Propecia could have sexual side effects

35 million men in the USA suffer with some form of hair loss. 15% of these males use Finasteride, which goes by the brand name Propecia, to combat balding. Rumours that Propecia causes sexual problems have circulated for years however, the US food and drug administration (FDA) have now affirmed that this may be true.

Propecia was approved by the FDA in 1997 and has since been one of the most popular hair loss treatments in America.

Wayne Rooney supposedly uses it, even though he has undergone a hair transplant, to stabilise and reverse the effects of hair loss.

However it has been reported that it can cause male infertility, impotence and poor semen quality, leaving some users in a tricky dilemma.

The FDA reviewed 421 accounts of sexual dysfunction caused by Propecia from 1998 to 2011. It suggests that 59 people reported sexual problems, while there were 131 cases of erectile dysfunction and 68 cases of decreased libido.

When users stopped taking the drug the symptoms improved, but in some cases the symptoms remained for more than three months after stopping the medicine.

The FDA has announced that it plans to make label changes to the tablet to include a warning about the potential sexual side effects. 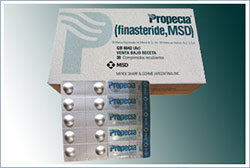 However, of course, this does not address or overcome the extent of negative byproducts of so many hair loss drugs.

Propecia is made by global healthcare leader Merck and takes 3-12 months to take any effect.

Pamela Eisele, a spokeswoman for Merck said in a statement “Merck believes that Propecia [is] generally well tolerated and effective for their prospective indicated use when used in accordance with their approved labeling”.

Previous Post
Does Alpecin prevent hair loss?
Next Post
Does the water in Dubai cause premature hair loss?