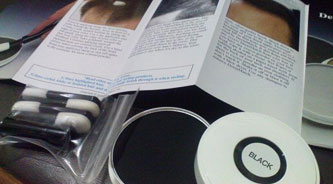 DermMatch is a hair loss concealer product that has been around for decades doing its job of offsetting hair loss, which has a track record of safety that runs back to 1992. Critics of hair loss products in general, however, and this product in particular have made it their business to allege the adverse reactions or other side effects associated with heavy usage of DermMatch.

While there can be health concerns linked to any potent compound applied directly to the human body, there is no established evidence connected to this or most other popular hair loss concealers to suggest any toxic effects result from its directed use.

One thing to stress from the outset is that although no real evidence of side effects exist with relation to DermMatch, there are potential side effects that may be possible if the concealer is used improperly. The first thing to note is, obviously, do not ingest this product! Topical agents comment to be applied to the skin or scalp, not to be digested as though they were nutritional supplements.

This is especially important considering one of the functions of DermMatch is to apparently thicken the appearance of hair. This is accomplished by coating the hair follicles, meaning ingesting the substance would perform the same coating action on parts of the digestive tract. This would be yucky, to say the least.

Related to this element of potential side effects is a misconstruing of the word “natural” with relation to DermMatch. The makers of the product, and some of its promotional materials speak of it as a natural product in terms of its ingredients or action on the hair. Some critics have been amused by this, noting that the ingredients listed on the product include a lot of artificial compounds, several of which may be toxic if individually used in chronic amounts.

This misses the mark of accuracy in several respects. The artificial elements included in DermMatch exist in minute amounts, to perform their effective purpose, and are not represented to be “natural” substances. The purpose of the hair concealer is to just induce a natural looking appearance of a fuller head of hair, using mainly botanical thickening agents to create this visual effect. No attempt is made to assert that the emollients are naturally restoring hair, or use only natural compounds to create the impression of fullness. So the product is safe and natural within the scope of its intended purpose and focus.

That being said, as with all products, DermMatch might manifest potential side effects upon people who have a specific allergic reaction to an ingredient contained in the formula, or who combine use of the product with other counter-indicated agents that do not work well with it. Considering how many people have allergic reactions to just about anything, that cannot held out to be a specific knock against this or other similar concealers. Again, there is scarcely any information from the real world there are consumers who have have had a uniquely toxic or allergic reaction to DermMatch.

A similar response should be noted concerning the allegation that a few of the ingredients (such as talc) of DermMatch may be carcinogenic. In fact, talc has been previously associated with cancers due to sometimes being contaminated with asbestos, but the modern processing of the substance avoids contamination entirely. As for other suspected substances such as colorants, these have not been shown clinically to exist in the products in the amounts needed to be a source of cancer.

The truth is that there are, in minute amounts, possibly cancer-causing substances or elements impacting people at all times, from microwave and wireless products they are using, to cooking food until it’s well done, to some particulates in the air they are breathing. The technical existence of a carcinogenic risk factor in the product does not prove it exists there to chronic aches and that easily induce cancer, anymore than a person should give up eating cooked food. 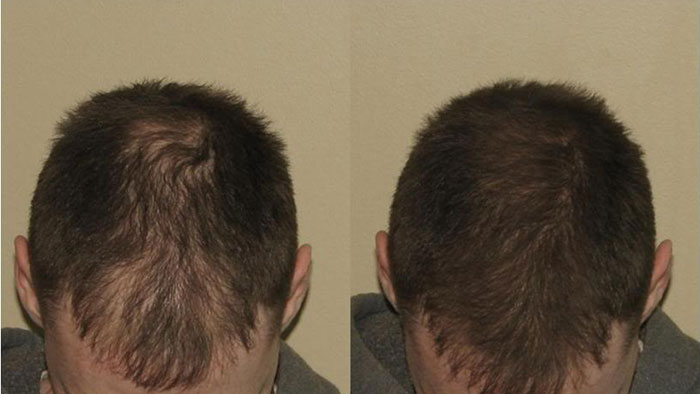 Another source of potential toxicity might come from trying to forcibly absorb the concealer into the skin or hair, in the form of irritation. There are anecdotal reports of a few people who have felt irritated from prolonged use of DermMatch on the head (on the order of 12 hours a day or longer). Certain individuals have sensitive skin or scalp conditions, may subjectively feel and aversion to the product. Their reaction is usually not isolated to hair products, but across a whole category of such agents. Once again, this is not exactly scientific evidence of side effects, but individuals with such an existing condition should obviously seek help if the situation persists.

The preponderance of responses to DermMatch are actually quite positive about secondary effects experience from using the concealer, in the direction of asserting the product eliminates pain or discomfort. Some users report a “soothing” sensation upon the scalp and hair from using DermMatch regularly and according to the instructions. Others report it actually served to eliminate, or help abate other irritations, such as itchy scalp. Much of this information is also anecdotal, but it is instructive in showing that not all “side effects” are in fact negative or detrimental.

One of the major sources of confusion painting the discussion of complaints or accusations about side effects of this or other products, is that of people conflating their actual dislike of the concept of hair loss concealers with the view that they may be dangerous or unsafe.

The view that using emollients is not the best approach to working with hair loss becomes confused with the efficacy or health issue, to the extent that some have overinflated their concerns about the ingredients or other aspects of the product. This is an unfortunate confusion of the issues, and contributes to creating a false impression regarding the risks of using DermMatch.

In brief, DermMatch is a safe product for masking hair loss, with no or rare potential side effects. Some hospitals even recommend the product for use by chemotherapy patients waiting for their hair to grow back – probably the strongest seal of approval that the agent is free of real potential risk.