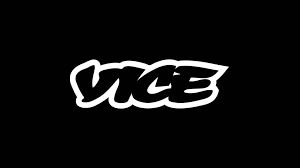 A remarkable personal story of a 13 year battle with hair loss has been read throughout HIS HQ. We share…

Vice is a website and magazine that carries professionally written articles alongside personal contributions and provides an eclectic spread with something for everyone.

Our eye was well and truly caught by one of those personal contributions from Julian Morgans. The article tells us it was first carried in the Australian version so our assumption is that Julian is an Aussie. But wherever he is from we suspect that his story will strike a chord with many of our readers.

Like many sufferers Julian first noticed he was losing his hair while still in high school. To be specific, like many sufferers it was someone else who drew his attention to it… “Man, what’s up with your hair? You’ve got a bald spot.” Julian’s first hint of his troubles to come was a bolt out of the blue, someone standing over him on a sports field had spotted what Julian had failed to… his receding hair.

Julian goes on to describe the classic symptoms of a young man trying and failing to come to terms with his condition. How he would “tune out” of conversations and find himself inspecting his friends hairlines. We particularly liked his description of developing “bat-like awareness of anyone approaching from behind or standing above.”  The hours spent in his parents bathroom using a hand mirror to inspect the top of his head. So, describing himself as obsessed and angry he tried every medication he could find regardless of cost.

Julian found himself in a clinic being quoted $4000 for an annual supply of medication. He was 17. Such was his obsession with his hair loss that. He deferred university so he could work to earn the money to pay for his medications. Eventually he would settle on a blend of the two FDA approved medications, finasteride and minoxidil.

Now 31 years old Julian has dropped the minoxidil but continues with the finasteride… despite some fairly horrendous sounding side effects he attributes to the drug. He says his eyes are yellow and doctors have failed to diagnose the mystery pain in his groin, though it flares up 20 minutes after taking the finasteride and lasts a few hours before fading. So although he tells us the doctors suspect the finasteride he says “… the choice is that or the baldness, so I keep eating the pills. And actually, I’m one of the lucky ones.” He goes on to describe the symptoms of “post-finasteride syndrome” which we will write more about in an upcoming article. Even though the symptoms of this syndrome have been hotly disputed Merck, the patent holders, have settled with hundreds of plaintiffs in a case which came to a conclusion earlier this month.

It is impossible to read Julian’s article without feeling enormous sympathy. At the same time the frustration of realising this is an intelligent young man who has already passed up on significant life opportunities by allowing his hair loss to hold him back. Even now we see him committed to a medication regime which he knows to carry risk and which seem to be manifesting for him… yet he sticks with the finasteride. Many reading this will know that Scalp Micropigmentation, even for a teenager, maybe especially for a teenager, can be the profoundly life changing opportunity they need to feel embedded among their peers. Read Julian’s article by clicking here.