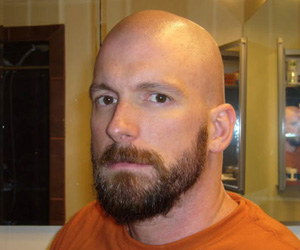 A group of scientists believe they may be a step closer to a truly viable cure for baldness, after real human hair was successfully grown in laboratory conditions. A team made up of both British and American scientists confirmed that they were able to create entirely new hairs derived from tissue samples 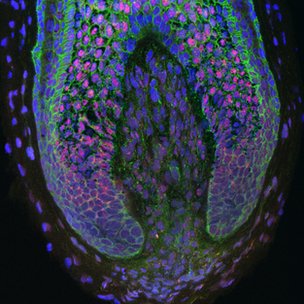 No doubt there is still a long way to go, in fact it could be a decade or more before a commercially available solution arrives on the market, but the group insist that recent developments had the “potential to transform” how men are treated for male pattern baldness.

There are a number of treatments already available including drugs such as finasteride and minoxidil, hair systems and hair restoration surgery. Some solutions such as Scalp Micropigmentation even offer guaranteed results. All are intended to either slow hair loss, or to cover it up after it has already occurred.

There are baldness therapies including drugs to slow the loss of hairs, and transplants, which move hair from the back of the head to cover bald spots.

So how did this work?

A team of scientists was created as part of a joint venture between the University of Durham in the United Kingdom, and the Columbia University Medical Center in the United States. They began with material taken from the base of a human hair, however whenever human tissue was extracted from the dermal papillae, the cells stubbornly refused to transform into hair cells, instead simply turning into more skin.

Further testing however revealed that by grouping the cells in 3D spheroids, new hair follicles would successfully form following transplantation into human skin, all be it grafted onto the backs of mice. In fact after just six weeks, new hair follicles could be seen forming in five out of seven test cases, and tiny new hairs were indeed beginning to form. In the world of hair loss research, this is a highly impressive and encouraging result.

A number of other potential applications have been cited, beyond simply replacing lost hair. These include dramatic improvements in the quality of skin grafts for those who have suffered severe burns.

In an interview with the BBC, Professor Colin Jahoda from Durham University said that a cure for hair loss really is possible in the future, however a marketable cure was still some way off.

“It’s closer, but it’s still some way away because in terms of what people want cosmetically they’re looking for re-growth of hair that’s the same shape, the same size, as long as before, the same angle. Some of these are almost engineering solutions. Yeah I think it [baldness] will eventually be treatable, absolutely.”

He added: “It’s hard to say exactly how long that would take, but the fact that we’ve done it now should reawaken interest.”

Safety is always a key issue when transplanting laboratory-derived cells. The risk of infection is high, as is the risk of abnormal cell growth and subsequently, cancer.

Prof Angela Christiano, from Columbia University, said: “This approach has the potential to transform the medical treatment of hair loss. Current hair-loss medications tend to slow the loss of hair follicles or potentially stimulate the growth of existing hairs, but they do not create new hair follicles. Our method, in contrast, has the potential to actually grow new follicles using a patient’s own cells.”

For more information, see the study results published in Proceedings in the National Academy of Sciences.