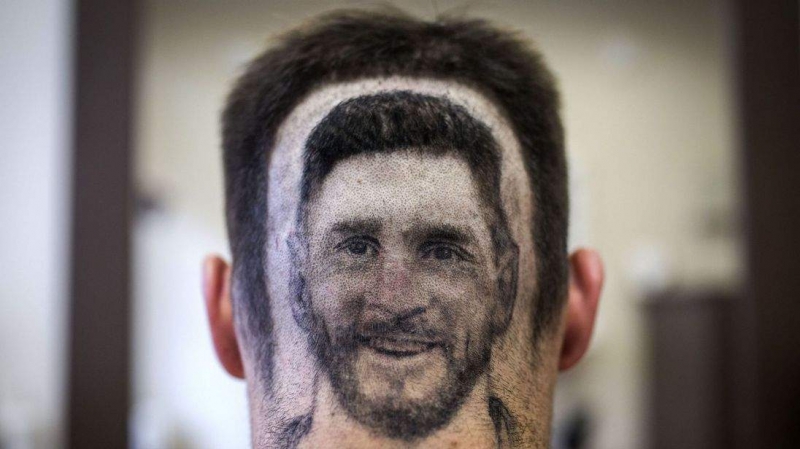 The fevered build up to the football World Cup in Russia has inspired a Serbian to create a new kind of hair tattoo. We are delighted to share.

As half the people on the planet prepare for the upcoming football World Cup in Russia the excitement is seriously building. The squads have all arrived having completed a round of pre-tournament friendlies. Fans are arriving in their tens, hundreds even, of thousands from all over the globe where a warm greeting from the locals has added to the festival atmosphere.

In all the hullabaloo it would have been easy to miss this story, but we are so glad we didn’t. Like you, possibly, we were drawn in by the reference to a hair tattoo. We were expecting to find another SMP warrior from the fringes, someone who read all about it on the internet and had the resources to acquire the necessary equipment and had a go at teaching him or herself. We usually look at the pictures through our fingers, to say they do not always turn out perfectly is an understatement. Pleased to report that nothing could be further from the truth this time…

We were treated to the work of Mario Praise. Mario is a hairdresser from Serbia who, nine years ago, was asked by a client to “do something new with my hair”… so he cut a tarantula into his head. In Mario’s salon the rest is history. He went on from bugs to portraits of famous people, beginning with Novak Dokovic, the Serbian world No. 1 tennis player before moving on to football players – where a portrait of Cristiano Ronaldo made him a big hit in his homeland. Along with another of Lionel Messi (pictured), Ronaldo’s rival for the title of best player in the world, his reputation has now gone global after attention from the legion of journalists staring at all things football.

It wasn’t our idea of a new hair tattoo, just the same we love the outcome and applaud the efforts of Mario Praise, who says these creations take between 5 and 7 hours. An amazing feat of art on his part, a feat of endurance on the part of the client.

If you would like to discuss your hair loss solution with one of our team of friendly experts simply complete the contact form at the side of this page Or click here to find your nearest clinic.