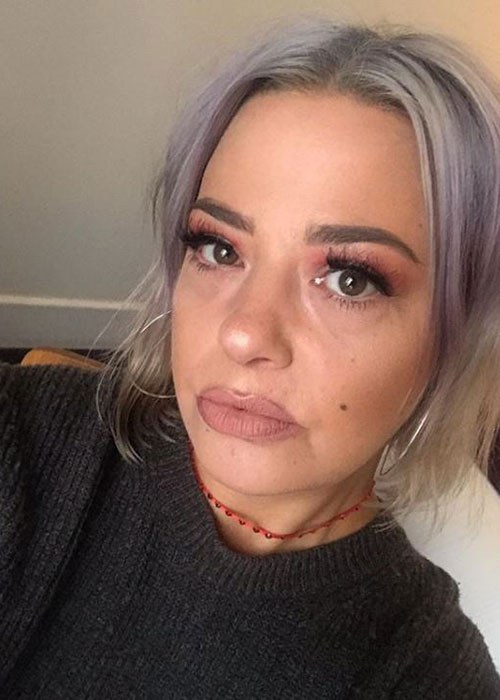 Lisa Armstrong, make up artist to the stars, is managing the breakdown of her relationship whole very much in the public eye. Now hair loss has added to her woes…

Lisa has spent over a decade working as a make up artist on the smash hit TV show Strictly Come Dancing and, as the partner of Ant Mc Partlin, was well used to being in the public eye. Ant Mc Partlin, in case you are not from the UK, is one half of the country’s most popular TV presenting duo known as Ant and Dec. In 2017 Ant Mc Partlin underwent knee surgery, during his recovery he was prescribed painkillers to which, he would explain later, he became addicted. The legacy of that recovery was an addition to both booze and painkillers which put an enormous strain on his relationship with Lisa, ultimately leading to a separation… a separation that seems reasonably permanent given that Ant has been photographed on holiday with his new squeeze looking ever so happy. Ant that is, looking happy. Not the new squeeze (though she probably was). And definitely not Lisa.

What Lisa Did Next

News of her separation from Ant was very public and Lisa decided, understandably, to head off to Los Angeles… where nobody has ever heard of him. While she was there Lisa definitely took care of herself, she lost a stone in weight and was looking generally great. Close observers might have noted the almost constant changes in hair colour though… likely a simple way to refresh her look whenever she fancied but in hindsight almost certainly an error. Talking to Closer magazine she said “I love changing my hair – its cool to have a different look every now and then. I bleached the hell out of it so it’s almost falling out, which is another story.

It’s hard to read Lisa’s story and not feel sympathy for a girl whose life seems to have gone out of her control for a while. She seemed to make a great start to single life again and we sincerely hope the hair loss is something she gets to grips with quickly. A sensible hair care regime, avoiding harsh chemicals, would be a great starting point.

If you would like to discuss your hair loss situation with one of our friendly experts simply complete the contact form at the side of this page. Or click here to find your nearest clinic.