Lewis Hamilton’s Hair – What Goes On? 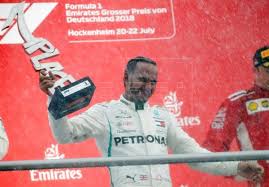 In a remarkable Formula 1 German Grand Prix, Lewis Hamilton put himself in the championship lead, but it was his hair that caught our eye.

Lewis, like Wayne Rooney, is a perfect example of a man who became ridiculously famous while still a boy… but a boy struggling with hair loss. When we say struggle we mean more than simply the battle to try and hold onto their locks, the struggle was clearly with their own self-image and living in the diamond bright glare of the global media. At least Lewis, unlike Wayne, was not forced to turn out on a rainy afternoon in Stoke to have high definition TV cameras pointed at him. That plus the occasionally brutal nature of football, which gives photographers endless opportunities to grab unflattering shots, was possibly what drove Wayne to quickly move for the transplant option… it would be interesting to know how he feels about that decision in hindsight – given that he has seemingly had at least two more procedures since, to achieve an appearance that is at best questionable.

We always felt for Lewis. The writing was on the wall even when he burst onto the scene as a precociously talented teenager. He arrived with a hairline that was already beyond his years and we watched as it deteriorated. One look at his Dad, credited with nurturing his talented son by holding down 3 jobs to pay for his karting career as a junior. Dad was profoundly bald, aside from that he could have passed for Lewis’s big brother such is the similarity.

For Lewis, looking at his Dad and then in the mirror, it must have been obvious that he was going to go the same way. Unlike Wayne’s world, Lewis has much more control about access to him for men and women with cameras.

There is a routine at the end of a Formula 1 race that is always followed. The three winning cars pull into a small paddock and the drivers go into a room to be weighed and from there to the podium for the presentations and champagne shaking. For Lewis this required him to remove his crash helmet and fireproof hood in the full gaze of the TV cameras. The sight of Lewis scurrying into a corner with his back to the world while he removed the hood and spend the next minute or so doing what he could to mould his hair into shape. But after up to 2 hours in the cockpit of a car so fast it only stays on the ground because of the extraordinary down-force produced by the chassis (so great that they could drive on the ceiling), his hair is a damp squidgy mess.

On Sunday we watched Lewis complete one of the more unusual victories of his career. A breakdown in qualifying saw him start in 14th place, but late rain created chaos on the track with the local favourite crashing out while in the lead and Lewis coming through to take the win.

When he got out of his car we waited for him to dive for a shady corner to sort out his hair. Instead he whipped off the helmet and fire hood to reveal cornrows… Undoubtedly not all his own but it looked great. It gave Lewis, for the first time since he was in his teens, the opportunity to express his joy and dive straight into the arms of his celebrating team of engineers.

We watched this fantastically talented and wealthy, he just signed a new $1M a week contract, celebrate and were struck by the difference this confidence in his hair made to his victory celebrations. It says something important about how we feel about our own hair loss –  how nothing in life can fill the gap if it is something that affects you. We are absolutely delighted for Lewis.. but still think he should have gone SMP in his teens :0)

Previous Post
Has The Answer To Hair Loss Been Found?
Next Post
Clascoterone – Approval Expected For New Hair Loss Drug