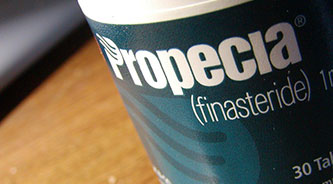 A number of men have filed lawsuits against drug maker Merck after experiencing side effects related to the hair loss drug Propecia. One former patient is taking it much further. Kevin Malley, who is a former public health researcher from Las Vegas, Nevada, has staged a hunger strike and protest outside of Merck’s headquarters, which are located in New Jersey.

He says that he experienced side effects as a result of his use of the drug that have virtually destroyed his life, leaving him with complications lasting much longer than could reasonably be expected. A number of patients have brought forth Propecia litigation with the help of a personal injury lawyer, but Malley is going even further by staging his protest outside of company headquarters.

Erectile dysfunction the main cause of concern 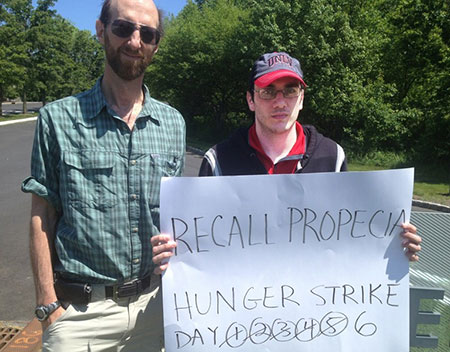 He claims that even now, despite having discontinued his use for eight months, the side effects have not resolved themselves. He claims that drug maker Merck should be held responsible for the loss of his quality of life.

Malley claims that as a result of his physical and psychological ailments resulting from his Propecia use, he resigned from his research position and broke off his engagement with his fiancée after she learned that his sexual dysfunction might be permanent.

Malley found that a number of other men had experienced the same side effects and complications as he has, and has decided to take action against the drug manufacturer as a result.

Studies have been released that seem to show a link between Propecia use and lasting sexual dysfunction, including one conducted by Dr. Michael S. Irwig. He found that more than 90 percent of the men he surveyed in his study developed low libido and erectile dysfunction after taking Propecia and many of these patients experienced side effects for an average of 40 months after they stopped taking the medication.