Jilted at the altar for being bald 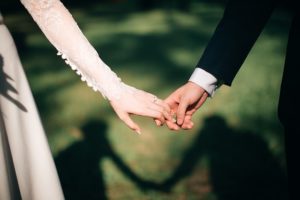 Imagine being turned down at the altar by your fianceé because she discovered that you were bald. It happened to one unfortunate neurosurgeon from New Delhi last month when he took off his headpiece during the ceremony.

It was an arranged marriage and the couple had never met before so the baldness could have been one amongst a number of reasons why the bride to be got cold feet.  As far as the unlucky groom goes he could have tried a couple of options to cover his lack of hair for the big day:

Some ways to tackle baldness

In the end it didn’t work out too badly for the surgeon.  Rather than return home empty handed he talked to the local village council and they hastily arranged another marriage for him with the daughter of a vegetable seller a couple of days later.  Maybe he kept his headpiece on during that ceremony.