Is your child experiencing hair loss? 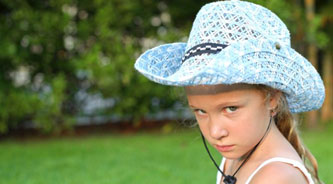 Unfortunately, losing hair is not reserved for adults alone. Childhood hair loss is surprisingly quite common. It is estimated that in the United States alone, hair loss in children accounts for around 3% of paediatric visits to the doctor. It could be for simple thinning of the hair in the child or even bald patches, either way the loss of hair on a child can be a frightening experience for both the child and the parents alike. 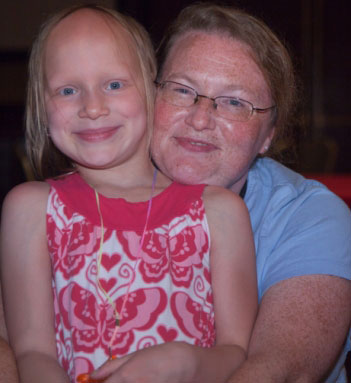 For most children aged 26 months onwards, the loss of hair can often be put down to a number of well known conditions.

Usually less common than some of the other causes of hair loss, nutritional deficiency can be a contributing factor in the loss of hair in a child.

A similar effect is often seen in people with eating disorders such as anorexia and bulimia. The lack of certain vitamins such as vitamin H and minerals such as Zinc which is known to support normal growth can result in hair loss. Also excess intake of vitamin A can be a contributing factor.

Lack of protein is also known to cause hair loss and this is common in vegetarians should your child be of that persuasion.

By maintaining a healthy, varied and balanced diet, most children will avoid the experience of nutritional deficiency that could lead to their hair loss. It is however recommended that you speak to a doctor before giving your child any nutritional supplements.

Tinea capitis which is more commonly known by the name ringworm and more specifically ringworm of the scalp is a fungal infection that is very common in children.

It can appear in a number of different ways however usually appears as scaly patches are inclusive of hair loss in the affected area. The patches usually appear to be round or oval and you may also see what looks like black dots on the scalp which is actually where the hair has broken away from the surface of the skin.

When your child is suffering from Tinea capitis it is important that you do not allow the child to share any items that touch the head with other people for example hats, brushes and pillow cases.

Treatment of the infection is usually very straight forward and will require that your child ingest an oral antifungal for around 8 weeks. It is also recommended that your child use some sort of antifungal shampoo to prevent spread through contact and to limit the shedding of the fungus from the head, again further preventing the risk of spread.

This is the loss of hair which is caused by over playing with the hair, in particular pulling, twisting, plucking and rubbing of the child’s hair. The hair loss will usually appear isolated and patchy and the hairs will often be broken at different lengths. The patches of missing hair will usually appear on the side of the head where the child’s dominant hand resides.

Alopecia areata is a condition that is non contagious and is believed to be a result of the bodies own immune system attack the follicles of the hair. It usually becomes obvious due to the sudden appearance of round and oval patches of hair loss on the child. The patches are usually smooth in appearance and touch and there are no broken hairs or scaling in the affected area. The child may also have pitting or ridging of the nails which is common in around ¼ of all alopecia areata cases.

At present there is no actual cure for the disease, there are treatments available that can actually limit the effects or control the disease in children. Most are likely to have their hair back within 12 months though it is entirely possible that they may lose their hair again. In some extreme cases the disease can escalate to alopecia totalis which means total loss of hair across the scalp and in real extreme cases it can develop even further into a more serious condition called alopecia universalis, or total loss of hair on the body.

Treatment for teenagers will usually include steroid injections and Minoxidil is often used to promote the regeneration of the hair follicles. In younger children treatment is usually strong corticosteroid creams which are applied directly to the affected area.

Often found in older children or teens who are experimenting with their image, loss of hair can be caused by the use of hair styling products and often treatments such as bleaching, colouring, getting the hair straightened and perming. All of these treatments can cause the hair to become dry or damaged which can result in apparent hair loss. Fortunately the results of styling are unlikely to be permanent and the hair should grow back as normal within a few weeks.

Whilst on the subject of hair styling, there is another condition which can lead to baldness and can in fact be permanent. It is caused by the child or teenager wearing the hair pulled so tightly that it actually places a great deal of tension and strain on the scalp resulting in a condition known as traction alopecia which can be permanent.

Telogen effluvium is caused when the body is put into a state of sudden or severe stress. This can be caused in instances such as severe injury, high fever and whilst placed under the influence of general anaesthetic. The outcome of the condition is that the hair follicles will stop growing prematurely and will go into a resting phase (telogen phase), and up to 16 weeks later the hair will shed excessively and can lead to complete baldness.

There is no known treatment for the condition however the hair usually resumes its normal growth 6 months to a year after the traumatic or stressful event is over.

Previous Post
All about the Little Princess Trust
Next Post
Can hair loss during chemotherapy be prevented?