Is it Possible to Grow Hair Again? 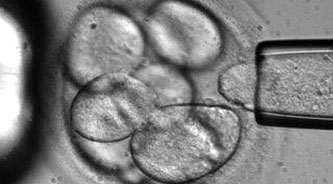 Hair transplantation may soon be in the past due to the fact that scientists are on the verge of finding a way to grow hair on people that have lost theirs.

In some of the latest research it was reported that scientists have successfully managed to grow new hair in laboratories just by injecting cells into the scalp. The initial trials were conducted on animals and everything was successful. Now there are tests on humans that would prove the successfulness of this medical technique.

The cells that are used for this technique are usually in the follicles, at their base just below the skin. These cells are called dermal papillae and they are the ones that nourish the follicles themselves. The cells that are used are usually taken from the tissues of donors. Later they are cultured in laboratories and then they are placed in the skin where the hair has been lost.

The most common types of baldness are the so called female and male-pattern baldness. The male-pattern hair loss affects millions of men around the world. It mainly starts above the temples and may occur regardless of age. The hair that has remained usually looks like the M letter and the most characteristic thing about male baldness is the thinning hair at the top of the head which eventually leads to total baldness.

There are also a lot of women that lose their hair. The female pattern loss of hair is characterised with the hair thinning gradually starting from the parting line and the top of the head. Luckily, women can rarely become bald and they just end with thinner hair.

Males usually inherit their baldness. Scientists believe that this type of hair loss is caused by the negative effects testosterone has on the hair follicles. It causes them to shrink and in the end they are no longer able to execute their functions. Beside inheritance, there are many other possible causes for hair loss such as stress, different heart diseases, gout and some of the medicines that are on the market.

Medications for hair loss can really slow the whole process but, unfortunately, they cannot cure the problem. Some of these medications have to be applied for weeks or even months in order to have an effect on the hair loss. Hair transplantation is probably the most commonly used technique for treating baldness. It represents taking small pieces of the scalp where the hair is still growing normally and transplanting those pieces to where it is necessary. The pieces itself are divided and in the end there are single hairs that are spread evenly on the bald spots of the head. That said, treatments such as scalp micropigmentation are catching up fast.

This new technique is based not on transplanting hairs but on transplanting single cells that are intended to grow new follicles at the problematic places. This method is extremely useful for people that are totally completely bald and there is simply no where you can take hair from.

Many scientists nowadays believe that stem cells are the future of all medical disciplines. These stem cells are usually taken from the bone marrow and they can be used to regenerate practically every single tissue in the human body. Time will tell if this becomes a viable option as a ‘cure’ has been promised for many decades now, so I wouldn’t hold out too much hope just yet.

Previous Post
What do you think of Billy Bob Thornton’s hair transplant?
Next Post
What exactly is follicular unit extraction?