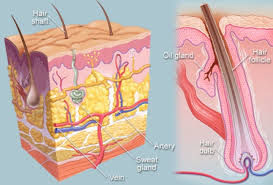 One of the biggest obstacles to progress towards finding a cure for hair loss might have been removed by a team from India. We look closer.

The process for any new drug to get to market is a long, exhaustive and expensive one. By the time they get to the stage of being tested on animals there is already a significant investment sunk into the trial. Many variations of the drug, in regards to dosage (amount and frequency) al need to studied. For hair loss drugs this usually leads to pictures of hairy mice when the trial is successful. And many are. The problem comes when they try to replicate those results in human testing… and before they get permission for that they have to evidence that not only were those mice able to benefit from the drug to a greater extent than any equivalent drug already on the market, but they were also required to show no adverse effects. Only then will the manufacturer be given permission to move to clinical trials involving humans.

The range of differences, around immunology and physiology between us and mice, or any of the animals that are used, make that a leap.

The Indian Institute of Technology in Delhi looked at the problem and decided that what was needed was a three dimension in vitro of a hair follicle, one that could be used to test new drugs on without hurting, or pointlessly adding, a hair on a single mouse. The team in Delhi worked alongside the ITC Life Sciences and TEchnology Centre in Bangalore to develop their solution.

Using, among other things, silk proteins taken from silkworm cocoons they were able to develop a stable hydrogel system. It was the key to developing their 3D model, one that they have already used to successfully test one of the existing FDA approved hair loss drugs, minoxidil.

Sourabh Ghosh, an associate professor in Delhi, told the Indian publication, Hans India, “… we strongly feel that our hair follicle model is ready to be used by companies to test their products.”

It may not immediately sound like it but this is a significant step forward. Offering, as it does, the promise for manufacturers of a vastly reduced cost for testing new variants on their drugs. If swiftly and widely adopted by the industry it should mean lots of drugs going into testing that might not otherwise have made it, it should also see animal trials saved for those drugs which have shown the most promise using the hair follicle model.

Our hearty congratulations to the teams in Delhi and Bangalore, we look forward to following your story. You can see the original Hans India article by clicking here.

If you would like to discuss your hair loss situation with one of our team of friendly experts, simply complete the contact form at the side of this page, or click here to find your nearest clinic.