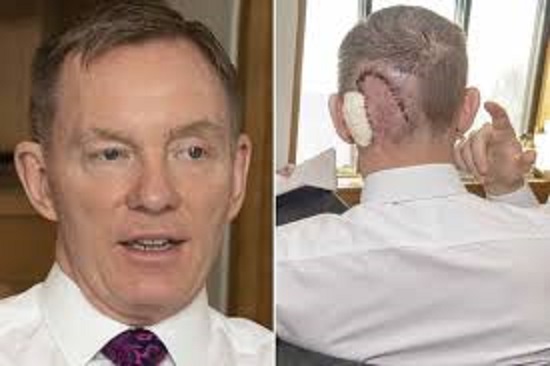 The widely reported news that a British member of parliament received a diagnosis of skin cancer highlights one important benefit of buzz cut hair. We look closer.

Chris Bryant has been a vocal member of parliament for his Welsh constituency in Rhondda. The one time Church of England vicar also worked at the BBC before entering politics. Since being elected as a Labour party candidate back in 2001 he has held a number of senior positions.  His time in politics has seen him spend time as the Shadow Minister for the Arts, Minister of State for Europe, Deputy Leader of the House of Commons and Shadow Secretary of State for Culture, Media and Sport. Most recently he was Shadow Leader of the House of Commons until resigning from that role in 2016. An openly gay politician he has campaigned tirelessly for LGBT rights… surviving a scandal that involved posting a picture of himself in underwear on the gay dating site, Gaydar.

Speaking to Sky News, during a tearful interview, he showed presenter Kay Burley a scar on the back of his head. It was the legacy of the removal of a melanoma and he spoke about his journey of discovery, the shock of diagnosis and his treatment.

The story began when he buzz cut his hair for a holiday. His husband, Jared, noticed a “tiny mole” at the back of his head. “We really didn’t think anything about it” Chris said. Nevertheless, in January he visited his GP to get it checked out and was referred to a dermatologist.

That dermatologist immediately told him she thought they were dealing with melanoma. Although Chris knew melanoma to be an aggressive type of skin cancer he assured himself that the vast majority, caught at an early stage, can be dealt with successfully.

Unfortunately for Chris, on his return to the dermatologist, he was told that it was at stage 3B… he knew immediately that this was bad news since there are only four stages. Chris said “It feels like being punched in the stomach and I know I’m nobody special. Hundreds and hundreds of people go through this all the time. You know, there’ll be people having this exactly today.”

For so many people, SMP is about aesthetics. About improving our appearance and, in so doing, improving self-confidence. Chris Bryant’s story and in particular his remark about how many people will be receiving the same terrible diagnosis every day should remind us all of another benefit. Clear visibility of our scalp gives us all the opportunity to identify, at an early stage, the development of melanoma.