How to find out if you’re losing your hair 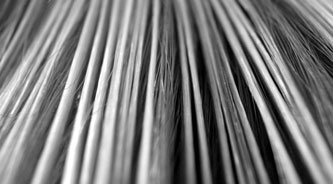 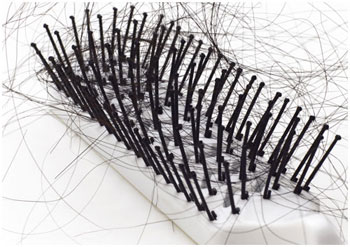 They were all given the same combs and shampoos and washed their hair for three mornings. On the following three mornings they combed their hair for 60 seconds onto coloured towels and count the number of hairs that came out. There was not much difference in the number of hairs shed in each age group with the younger counting 10.2 and the older 10.3. The same experiment was repeated 6 months later with little change. This has shown to be a way in which to calculate if hair loss is above average.

The average hair loss in a day has been quoted as being around 50 to 100 a day but there is no scientific evidence to confirm this. The 60 second test is quick and easy to do but again is only a guide. Individual testing will give a more accurate view for that person and if a big difference is seen then it would be advisable to discuss it with an expert. In general, a person will be able to tell if the condition of their own hair is changing particularly after an illness or surgery.

This method has not yet been established for women and it may well be their hair loss average will be different to that of males. It can still be used as a rough guide though but one of the only true ways to see significant loss is experiencing thinning hair and more hair than usual coming out on the pillow, after washing and brushing. The sooner loss of hair is noticed the easier it will be to reverse the situation. During illness and with some medications hair will show signs of thinning and may leave bald patches. The hair has three cycles which it goes through continuously and when this balance is interfered with it will result in hair loss.

Before the hair’s cycle starts the follicle is formed (follicular morphogenesis). The anagen phase is the growth phase which will include up to 90% of the hair which grows at approximately 1 cm a day and can continue for up to 7 years. Then comes the catagen phase which is the end of the active growth of the hair and will last for up to 3 weeks accounting for approximately 1-2% of the hair, and finally telogen phase is when the hair is resting and accounts for 10-12% of hair and after club hair is formed it has died and falls out.

With stress, illness or medication, for instance, excess amounts of hair fall out, a condition known as telogen effluvium. Fortunately this is normally reversible once the body is back to ‘normal’. Any significant loss of hair should be checked by a hair consultant who can look into the underlying cause. There are common tests that can be performed along with the 60 second test and these include pluck test, pull test, trichoscopy and as scalp biopsy.

Hair loss itself is not harmful and may be the result of genetics. The underlying cause could be a problem and hair loss is often one of the first signs something is wrong. As the largest organ the skin, from which hair grows, is the last to be supplied with nutrients when the body is running low. More important organs such as the heart and liver will receive them first. This is why, when the hair lacks lustre, looks thinner and is not in its usual condition that illness or deficiencies are found. Hair is also open to the elements such as sun and rain which also have an effect on hair condition.

The earlier loss is recognised, the easier it is to treat and the DIY hair count test can certainly provide a guide as a useful way of recognising more is being lost than is normal.