How to cope with Alopecia

I was browsing the web to pass some time, and came across a really great article on the Telegraph website about how to cope with Alopecia.

The article addresses Alopecia Areata in particular, however its content is relevant to sufferers of all kinds of Alopecia, even regular Androgenetic Alopecia, or male pattern baldness as it is commonly known.

What follows is a readers question, answered in turn by two life coaches, Dr Dan Rutherford and Nutritionist Sara Stanner.

The question posed was as follows:

I am 33, and have alopecia areata, which came on during a detox (no alcohol, processed foods, meat, wheat, dairy). Normally I drink more than I should and occasionally smoke, but my diet is almost perfect. Tests were normal, although my liver readings were slightly elevated. I think the detox triggered something. I’m seeing an acupuncturist, and my head doesn’t burn any more, but the hair is still falling out and I have a patch missing. I’m considering detoxing again to let my body address underlying issues. Do you have any advice? 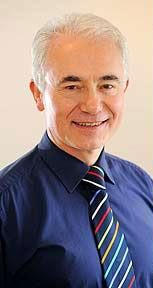 The “detox” regime you describe sounds fine and it is very unlikely that it has triggered anything other than an improvement in your general wellbeing. Alopecia areata is a fairly common condition, so the association has probably been coincidental.

The variability and unpredictability of Alopecia Areata is typical of the condition and adds to the difficulty of treating it. It causes bald patches to appear that may then enlarge, stay for some months and go away, or get worse and fail to improve at all – and every variation in between.

Although AA is not well understood, it seems the body’s natural immunity turns against the hair-growing follicles in the skin for some reason. The follicles are not destroyed, so the potential for hair regrowth remains, but they are “switched off”.

Although several types of therapy are available, none has a great success rate and all take months to show any results. For small areas that can be disguised, a watch-and-wait policy is probably best. Modest improvement has been noted with over-the-counter preparations such as Regaine lotion, also used for more generalised hair loss. Larger or more bothersome areas should be assessed by a dermatologist.

Specific treatments tend to focus on modifying the immune reaction, such as steroid injections into the scalp, or more powerful immune system-dampening drugs. These carry the potential for more side-effects but can be used safely under specialist care.

Improvements in the understanding of the immune system and how it malfunctions have led to better treatments for many other sorts of “auto-immune” diseases, such as rheumatoid arthritis. It’s likely that alopecia areata will benefit from the same sort of research and that its management will improve in the reasonably near future. 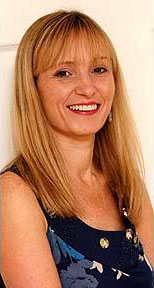 Following a “detox” diet is unlikely to be harmful in the short term (a day or two), although they can severely restrict calorie intake, which can leave you with headaches (also caused by sudden caffeine withdrawal), lacking in energy, dizziness, weakness and make you irritable. Some detox diets may also be lacking in fibre, which can cause constipation.

However, nutrient deficiencies or toxicity can lead to hair loss and there have been claims that an imbalance of trace elements (such as zinc, iron, copper and magnesium) may trigger the onset of alopecia areata.

For example, studies have shown low zinc levels among patients with the condition and improvements when the deficiency has been corrected via supplementation.

So very restrictive detox diets could cause a problem if followed for a long period. Some of these dietary regimens recommend a variety of supplements and herbal remedies but excessive intakes of some nutrients may also cause a problem. For example, there has been some concern about very high intakes of vitamin A from supplements as these have been linked with alopecia in animal studies.

Detox diets are very popular and usually encourage an increase in fruit and vegetable consumption, which will boost intake of many vitamins and minerals, as well as plenty of water, which can bring benefits from good hydration. However, the concept is flawed as the liver is able to detoxify “toxins” that enter our body all the time – not just from food but also from the environment and medicines.

No single food can provide all the nutrients that the body needs so be very careful if you cut out whole food groups for any length of time.