How parasites cause hair loss 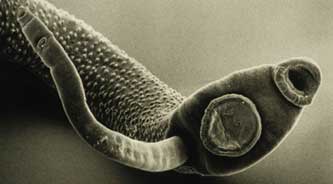 Parasites in general are animals or plants that have to live in (or on) others in order to survive. Everyone will have a parasite of one form or another living in the body at any one time and if not cleared by the body’s own immune system can cause illness.

Parasites usually get into the body in contaminated food or water, or live in or on the skin and hair. Swimming in rivers which can be rife with parasites can lead them to get into the skin.

The main parasites include threadworm or hookworms which will be found in the stomach and gut, scabies which are in the skin, head lice and crab lice found in the hair and on the body and Giardia which are tiny single-celled animals which move about the body on their own. They are very tiny mites that often need to be seen under a microscope but can be devastating to health. Worms are usually swallowed, without knowing, in egg form and hatch once inside the body. They eat food that has not been digested which then deprives the body of its nutrients which in turn can affect the health of the hair. 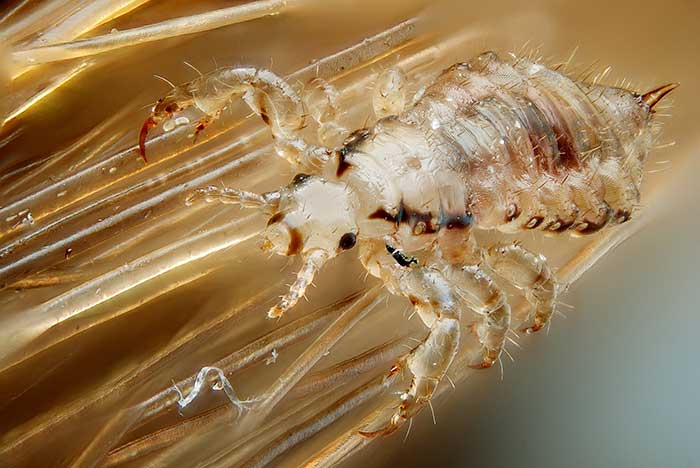 Mites and lice are in direct contact with the skin and hair and can cause itching, soreness and flaky skin especially on the scalp. As the skin becomes inflamed it damages the hair follicles which can then no longer hold onto the hair shafts and in serious cases lead to bald patches and thinning hair. As the skin tissues become inflamed the white blood cells increase to defend the body which causes the skin rashes and itching. The valuable nutrients that hair needs in order to be healthy and grow cannot reach the follicles and this is when damage starts. Treatments are available to deal with this form of hair loss and the earlier it is recognised the easier it is to treat.

Unfortunately, these lice and mites can easily be transferred from human to human especially in children who tend not to always wash hands when playing in dirt etc. The illnesses these parasites can cause vary depending on where they are in the body. Skin disorders and allergies are often down to these parasites that can create toxins and as the skin tries to remove them rashes and itching forms.

They can attack the nervous system which can bring on mood swings, anxiety, insomnia, forgetfulness and general feelings of being unwell. When in the digestive system they can cause diarrhoea, loss of appetite, bleeding, weight gain, weight loss, cramps and again general feelings of being unwell. Some parasites can attack the muscles and joints making them painful and inflamed.

Head lice are relatively easy to see and are common amongst school age children as they are easily passed from head to head. Left untreated the condition of the hair can suffer but there are medications available that are suitable for children to use including shampoos and specific lotions to be applied to the head. Combing with a ‘nit’ comb will help to stop the eggs and lice from clinging to the hairs from where they get there nutrition and the will eventually die.

The hair does not escape the effects from other parasites in the body. As the body fights infection the skin and hair will suffer. When they are feeding off the valuable nutrients there will not be sufficient to reach the hair follicles in the scalp and hair loss or thinning may be seen. Fortunately permanent damage is not done as once the body rids itself of these parasites normality will return. In the meantime a good hair wash routine will help to restore shine to the hair. An increase in vitamins and minerals will also help to overcome deficiencies.

Often it is the dullness and thinning of hair that makes us realise there is something wrong. As the body’s largest organ the skin is the one that ‘loses out’ when the body is fighting infections and illness. It will automatically direct nutrients to the most important organs such as the liver and kidneys.