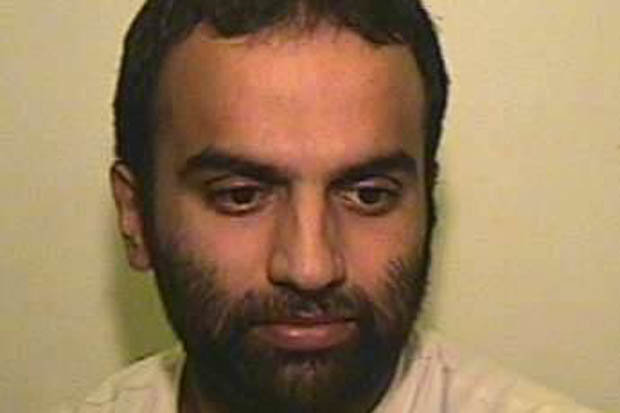 Not the usual  sort of hair transplant disaster this one, but one that caught our eye just the same. We look closer.

The surgery has been available for over a generation now. Some advances have been made during that time as surgeons developed new techniques for harvesting the follicles to be relocated, moving on from the terrible strip scars that blighted many a patients life. First they offered what were called plugs, but this seemed to change little in terms of the scarring… trading a long strip for a series of relatively large circular scars. These days the harvest scars can be reduced down to some very small sizes, though scar tissue is still scar tissue

At the same time the way they care for the follicle once it has been removed from the scalp and prior to relocation has evolved. This has led to improved rates of successful grafts.

Syed Bukhari, from Manchester in the UK, was a balding man with a plan. He wanted a hair transplant and was determined to get one, along with a few other expensive items on his wish list. Unfortunately he did not have the cash himself and so came up with a heartless plan to rob a couple suffering from dementia, both in their eighties, of their savings totalling £150K. Not content with stealing their cash, having tricked them into believing he worked for their bank he managed to sell their house for another £150K. It is not clear whether he would have been caught for those two robberies but when he went to try and take out a £40K loan in their name, having posed as the couple’s son, he was caught out when their real son noted some irregularities and contacted the police.

Before the police could catch up with him, Bukhari appeared to be doing his best to remove the evidence… by spending it. When the police did eventually knock on the door they found Bukhari sporting a good-looking £10 hair transplant and a Rolex watch. It remains to be seen how the transplant will hold up during his prison sentence, one month short of eight years.

A shocking story on so many levels, to eviscerate the finances of an elderly couple to indulge your spending fantasies seems unbelievably cruel. We don’t believe in Karma here at HIS HQ, but we do believe in justice and eight years in jail seems about right to us. That is not to say Karma won’t catch up with Bukhari too, making yourself more handsome just before a long jail sentence does not strike us as a good plan.