A tragic story reaches us from Anhui Province in Eastern China. Graduate Cui Fei, 26, had just completed his University education and was seeking a solution for his hair loss as part of his preparations for entering the job market. At a local hospital he was prescribed a traditional Chinese remedy containing knotweed, sometime during his second course of treatment he developed a fatal liver failure.

Like many new graduates Cei Fui had decided to do something about his appearance while entering the process of applying for jobs. Many of his peers, receiving their degrees from the University of Forestry and Technology at Changsha in southern China, will have settled for a smart new suit and shoes. For Cei Fui however, his advancing hair loss was something he wanted to address. 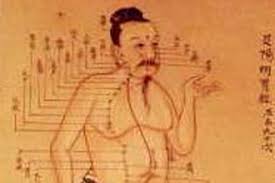 These days China’s approach to medicine is slightly schizophrenic. Modern techniques and the scientific method have taken their place alongside the ancient practices involved in traditional Chinese medicine. Indeed, in many cases modern methods have been able to explain the efficacy of many Chinese remedies in scientific terms. The beneficial element of the remedy often being taken by global pharmaceutical and turned into an approved medicines for international distribution.

Cei Fei took himself along to the local hospital, Jin ‘an, where he was given a two week course of  tonics which contained heshowu, a traditional hair loss treatment in Chinese medicine. Better known in the West as Chinese Knotweed it was the subject of a public health warning by the China Drug and Food Administration back in 2014, they described the oral form as potentially damaging to the liver.

Nevertheless, it was the prescription recommended to Fei and even though he felt quite sick he completed the course. His hair loss problem was still evident and Fei attended a second hospital where he was again prescribed a course of treatment that contained heshowu. In fact, it was estimated that he consumed a total of 3Kg of heshowu over the two courses.

Sadly, in August of last year, while still taking the second course, Fei was admitted to hospital suffering with drug-induced liver damage. During the following two months his liver failed and he eventually succumbed on December 31st.

The hospitals concerned have denied any responsibility for his death. A statement from them pointed out that the treatment is commonly prescribed for hair loss and that the dosage given to Fei was within limits. They also pointed out that Fei had failed to attend the recommended fortnightly check-ups where the hospital would have had the opportunity to look for side-effects.

A cautionary tale that speaks to our willingness and determination to address hair loss, occasionally to the detriment of our health. It is enough that hair loss is emotionally challenging, or at least it is for those who get to the point of doing something about it.

If you want to discuss your own hair loss situation and the range of options available to you through HIS Hair Clinics, then please find your nearest clinic by clicking here