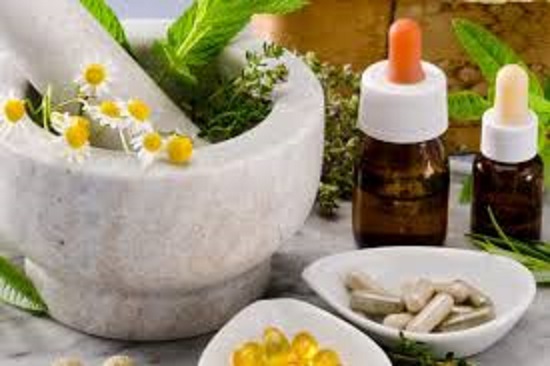 In a welcome piece of analysis, a team of researchers in California have gathered the data on over 20 complementary therapies to assess their efficacy for treating hair loss. We take a closer look.

There is no shortage of suggested alternative therapies for hair loss, many have been around for a long time, some for centuries and some for millennia. Men have been looking for a cure for as long as men have been suffering from the condition.

Over time, some have developed a reputation that sees them used in conjunction with the two FDA approved medications, minoxidil and finasteride… both of which can come with some unwanted side effects.

So the fact that there are well-established alternatives seems here to stay, and people will continue to use all manner of concoctions to try to save their receding locks, driven in ever greater numbers by the freely available advice found on the internet.

Our thanks should go out to a team from the University of California, Irvine, which has been working hard to identify the alternative therapies with promise, from the total nonsense.

They started out by gathering all the available data from previous research on over 20 remedies. Their study included a great variety from standard vitamin supplements and garlic gel, to acupuncture and aromatherapy.

Let’s pause for a moment here to set expectations. While the team were able to say that some of these therapies had little or no evidence to suggest they worked, in other cases they were only able to say that “further investigation is needed…”  Though we are talking scientists here, and they rarely pin their mast without definitive large scale double blind studies.

Among the studied treatments, just a handful were singled out for praise… and further investigation.

Early results suggested vitamin D could help, though studies were inconsistent and either too small or lacking in controls to be definitive. Caffeine, zinc, onion juice, melatonin, saw palmetto, pumpkin seed oil, and marine proteins were all credited with having potential. Most of these will be familiar to anyone who has done some online research, with the possible exception of marine proteins… these are supplements produced using extracts from sharks and molluscs.

Those marine proteins were credited with producing “significant results” in one trial. Pumpkin seed oil was described as a “promising treatment” for the top of the head and in one trial, onion juice led to “full hair regrowth.”

The researchers set out to aid doctors everywhere by clearing up which of the alternative therapies for hair loss actually delivered benefits. They point out that users should be aware that these treatments may cause new problems, contact dermatitis which in turn might actually lead to more hair loss.

Starting out with a long list of possibles, the team managed to boil it down to a much smaller number which held promise. No doubt there will be some who remain faithful to their chosen strategy, whether that be rubbing in turmeric or visiting an acupuncturist. But the science suggests otherwise.