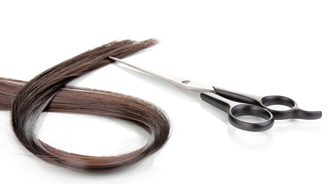 A Doddington grandmother is set to have the chop this week to help youngsters who have lost their hair through illness. Fifty-year-old Shelley Underhill is having her two-feet long tresses cut by daughter Jemma and has promised to donate her golden locks to the Little Princess Trust.

Shelley, who says she has had long hair on and off throughout her life, is fed-up by being weighed down by her locks but husband Brian loves long hair and was unhappy about having it cut off. 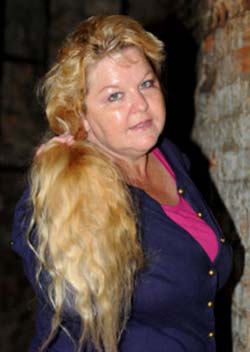 “The only way he would agree to me having it cut off was to do it for charity. I looked about for one and found the Little Princess Trust. My granddaughter always says she’s my little princess so it felt right to give it to them.

“They also give every child a wig free, which I liked. You have to have a certain length of hair and it also has to be a certain weight to donate it, but luckily mine meets the requirements,” said Shelley, who is also looking for sponsorship.

It costs the charity, which also provides wigs for boys, £300 to have the donated hair made into a wig and Shelley would love to be able to hand over that amount too.

The haircut was due to take place yesterday (Tuesday) with Jemma, who previously trained as a hairdresser but is now an emergency care assistant with the ambulance service, wielding the scissors.

“I can’t wait to get it cut, it is so heavy that it pulls and gives me a headache and it also gets in the way,” said Shelley.

To sponsor her either visit the Citizen office at 11 Union Street, Wisbech or the Post Office in Doddington.