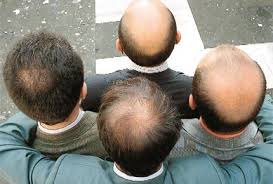 In news from the USA we read that scientists studying a gene thought to be responsible for some types of hair loss may have implications for cancer treatment… We look closer.

The ultra-modern techniques that are evolving from the study of genes are seeing medicine taking strides in our understanding of, and treatment for, disease. We have long been following the efforts of laboratories from around the world looking into how genes play a part in hair loss. One in particular, with the not very inspiring name of IKZF1 (lots of genes, lots of names required and scientists are not in the least romantic when it comes to these things), has been associated with autoimmune hair loss disorder… a condition that sees the body’s own immune cells attack and destroy hair cells. Research discovered that when IKZF1 is switched on it attracts T Cells, the immune systems attack infantry, to assault the hair cells.

A team at Columbia University have published the exciting discoveries they have made during their research on IKZF1 and it’s effect on cancerous tumours, many of which have developed techniques for evading the body’s defences. What their results showed was that by genetically modifying the tumour so that it expressed IKZF1 they were able to reduce the ability of the tumour to resist the immune system. Prostrate cancer, that wickedly fast and deadly version, was found to be responsive to immunotherapy, while colrectal and kidney tumours were found to be unresponsive… showing that for some tumours the IKZF1 gene is inactive.

Angela M Chistiano from Columbia said “We showed a gene that recruits T Cells in alopecia areata (*also known as male/female pattern baldness) is turned off in various types of cancer, protecting them from the immune system. But if we turn that gene back on, we can make those cancers vulnerable to the immune response.”

Their work has wider implications for the use of gene therapy in the treatment of cancerous tumours. The researchers said “We should be able to identify genetic signals that are hyperactive in autoimmune disease, and then harness those signals in tumours that have developed a way to avoid the immune response.”

This is one of the more important hair loss stories of the year so far… the idea that cancer researchers are looking closely at the mechanisms that we know cause hair loss is huge. The amount of money spent each year on cancer research is simply jaw dropping, almost beyond measure. The National Cancer Institute in the States spends around $5B per year on it’s own.

This is research that we will most definitely be tracking closely, and reporting back on regularly.