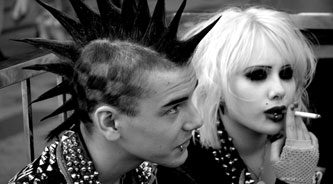 In current Western society, hair is a personal expression of self. Short, long, natural, colored, straight or curly. These are all choices made by men and women based on their genetics, personal sense of style, heritage, or simply aesthetics.

Mohawks, shaved-side styles and dreads are all things that are not uncommon to us. To many of us, hair loss would be devastating to our self-esteem because our hair and personal style is tied closely to our self-worth, and ultimately a deeply rooted vanity. This was not the case in the past and even today in many different cultures. So let’s take a look at a few examples illustrating the importance of hair.

Along with personal identity, most choose to wear specific hairstyles as a means of identifying with a group or a subculture. Long, natural free-flowing hair styles are common to the hippie lifestyle- expressing freedom and an understanding of nature. Spiked, dyed hair styles, such as mohawks, are common amongst the younger, rebellious punk rock culture. Buzzed short or razor shaven bald heads were once the trademark of the radical skinhead groups, although this changed in the 1990’s when this style became more universally adopted and accepted. In the 2000s and 2010s, both male and females belonging to an emo, indie, or scene subculture became fond of the long, stylized bang and asymmetrical haircuts. 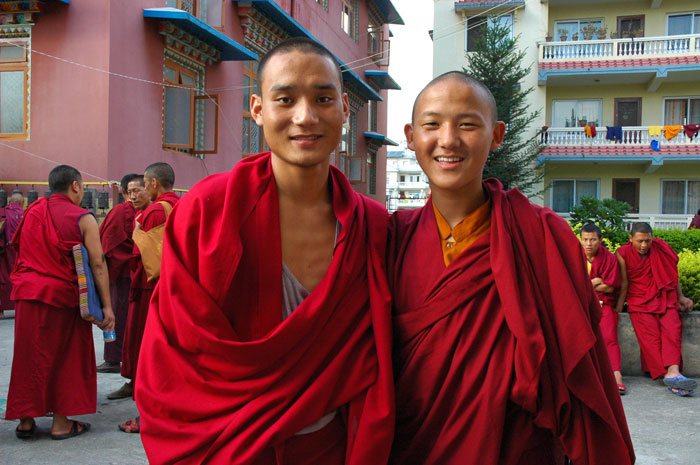 Biblically, take a look at Sampson and Delilah to illustrate hair as both an identity and as a punishment. God gave Sampson great strength and power under the condition that he never cut his gifted locks. Sampson was to use his strength to destroy the Philistines, but was instead betrayed by the woman he loved. Delilah betrayed him, cut his hair at night and his strength was gone.

To symbolize their vow of chastity and lack of vanity, monks and Christian priests shaved just the crown of their heads, resulting in a halo-style effect, circling the outer edges of their heads.

Similarly, Buddhist monks completely shave the head and the beard to denounce vanity and free themselves from the limiting confines of material possessions. For those practicing the Sikh religion, hair is traditionally left uncut to symbolize the embrace of a simple life and the denial of vanity: Denying the need to style hair as a form of social expression or influence. Sikhs believe that hair is a symbol for holiness and strength.

Historically, the Hebrew people are not allowed to cut their hair as instructed by biblical law. In keeping with tradition, Orthodox Jewish men wear long hair and beards.
In many cultures, women have traditionally worn their hair up and/or covered while in public and only let their hair down in the company of their husbands. This was a sign of respect, intimacy, and a willingness to comply.

Since hairstyle has long been a symbol for personal, religious, moral, or racial identity, taking that identity has often been used in history as punishment or a means of oppression. The military hair cut can signify unity when given to a man when enlisted- but given to a rebellious teenager it is a message that he will conform. Heads were shaven in concentration camps to reiterate imprisonment and subordination. Many tribal warriors left hair uncut so long as they maintained a reputation for being undefeated in battle, so to cut the hair of a tribal warrior was the ultimate disgrace.

Running parallel to the societal ideals we face today; historically hair is a symbol of strength for men and a symbol for femininity and beauty for women. Long flowing locks transcend many cultures and arts. The Birth of Venus by Botticelli depicts an idealized feminine goddess with long flowing hair, not an uncommon idealization for women.

The historical and societal connotations that are attached to hair style carries heavy weight and lends to a deeply rooted connection that is apparent in the average person. The societal, religious and personal history of hair and this deep rooted connection can make an issue like hair loss a pretty intense experience. Fortunately, today there are many treatments and options available for hair loss; especially for those who do not choose to embrace baldness as an option!