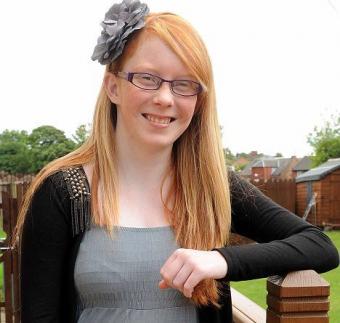 Megan Stewart, a 13-year-old teenager has been warned by her physicians to not to comb her locks as she suffers from a deadly Hair Brushing Syndrome. The physicians have warned that the girl could die by simply combing her locks.

Megan’s mother discovered the disease when she was getting her daughter ready for her school. The girl was taken to the hospital and it was revealed that her illness was linked to her birth complications.

Mrs. Stewart, Megan’s mother, has had a complex pregnancy and was diagnosed with lethal condition pre-eclampsia during the sixth month. The mother had an emergency caesarean to save her child and the child was born three months before the due date.

The mother stated, “We had never heard of this condition before and we have been told by doctors that they have only ever heard of one other case”.

Now the girl gets her hair combed downwards over the side of her bed cautiously, and make sure that the hair remains damp so she can avoid any static charge.

Megan has also been a victim of asthma and a condition called dorsal stream dysfunction due to which it has been difficult for her to see fast-moving objects.

Even though with so many problems the girl has been leading her life with great enthusiasm, her mother said.