Since early times there have been many mystical reasons as to why and how hair loss has taken place with ancient mythology and folklore full of a variety of wonderful tales. 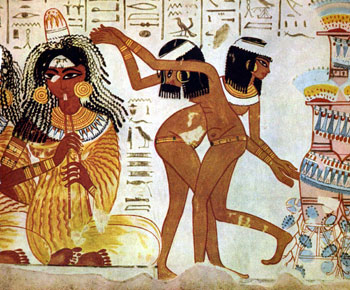 For example, Ancient Egyptians believed that if they offended the gods, these gods would cause their hair to fall out to show they had made the gods unhappy. It was a sign of divine retribution. Ancient tales have many a story to explain away what they thought were unusual happenings but in recent centuries more understanding as to why things happen cleared up many of these myths. However, the tales are still in existence and are often used in storytelling.

Witches and fairies are another group of magical, mystical legends and they too were thought to be able to produce hair loss on innocent people. Fairies and witches are legendary having been included in many a tale over the centuries but like the Ancient Egyptians they cannot be attributed with hair loss problems. In those days where little was understood about the health and body may be it seemed a logical reason for going bald but it was more likely to be genetic hair loss or due to an illness of some form.

Today, a lot more is understood and reasons the hair loss can be one of many or a clock combination and advice from a consultant should be sought to confirm the reason. Genetic hair loss is passed down through generations and even if parents have a full head of hair grandparents may not have done, it can skip a generation. When seeking the advice of a professional they will look at family history, diet, lifestyle, illness and medication to determine what the cause might be. Once this has been determined a course of treatment can be established. For genetic hair loss, androgenic alopecia, restoring a full head of hair is not always possible and diagnosing and starting treatment in the early stages will bring more success.

There are many reasons that can cause significant hair loss but fortunately in some cases, this is not a permanent condition. For instance, during times of illness and great stress hair is often seen to go dull and in severe cases fall out and this can often carry on from a short while after the illness but wants the hair’s natural growth cycle is back to normal hair will start to grow again. Taking care of hair in the meantime can help such as with a good shampoo and conditioner, gently massaging the scalp to stimulate the blood flow to the hair follicles and diet with plenty of protein, vitamins and minerals will encourage a healthier head of hair. Hair is an important feature just like the face and is part of that person’s identity so it is important to keep it at its best.