Does the water in Dubai cause premature hair loss?

Dubai Hair doctors in the UAE are a busy lot as a large segment of the expatriate population believes that the water here contributes to hair loss. 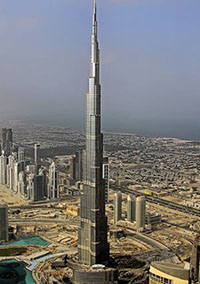 “I found this clump of hair in the bathtub one day and it scared me,” said one Indian expatriate who came to Dubai to work more than a year ago.

She believes it is because of the desalinated water. “I had such thick hair. It’s now thinning so badly.”

He said a number of people also suffered from scalp disorders.

Get a shower filter

For starters, if you believed it was due to the bath water, then get a shower filter, the expert advised. That would cut out the calcium, chlorine and silica in the water from getting to your hair.

The dry weather here, not drinking enough water and dyeing and colouring hair with chemicals were among the other factors involved in hair loss, says Hassan Mokadem, a consultant at Direct Hair Implantation.

“Do you know that we lose 80 to 120 hairs every day? It is psychological; people panic when they see the hair in the shower,” he said.

A survey by Inversion Femme, an anti-ageing supplement manufacturer, showed that hair loss among women is a major concern, more than gaining weight.

About 67 per cent of respondents reported losing hair was more worrying than the 45 per cent who identified weight gain as their top health issue.

The survey of 100 women from Dubai and Abu Dhabi between the ages of 25 and 60 included Emiratis, Asian and Western expats.

Ryan said poor nutrition is a risk factor in losing hair and lack of vitamins such as B12 and vitamin D. Many people do not eat a healthy breakfast and the trichologist said a good meal at the start of the day is important for the hair and should contain mixed proteins.

He suggested foods such as eggs and pumpkin. He said 90 per cent of the time hair loss was due to genetics. “There’s nothing you can do about it. Some men start going bald as young as 16,” he said.

“Hair loss is a precusor to underlying medical problems such as diabetes,” said the expert.

Mokadem said hair loss is also due to the constant use of hair colouring, dyes and other chemicals.