Does Dutasteride cause any side effects? 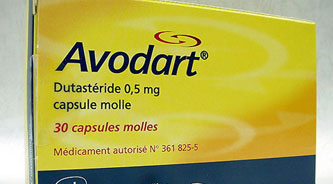 Dutasteride is the generic name for a dual 5 alpha-reductase inhibitor that works on a similar principle to Finasteride, the active ingredient in hair loss drug Propecia

Developed and manufactured by pharmaceutical giant GlaxoSmithKline, Dutasteride is marketed primarily under the name Avodart™ in the United States and Avolve™ in Europe.

The FDA has approved Dutasteride for treating BPH (Benign Prostate Hyperplasia), the same condition that Proscar is used for. Like Finasteride, Dutasteride also has the added benefit of being able to be used to treat genetic hair loss in men, also known as male pattern baldness or androgenic alopecia.

The difference between Dutasteride and Finasteride, is that Dutasteride inhibits the activities of both the type 1 and type 2 5AR enzymes, unlike Finasteride which only inhibits type 2. These enzymes are responsible for the conversion of testosterone into DHT (dihydrotestosterone).

DHT is the primary cause of prostate growth and hair loss, and Dutasteride decreases levels of DHT by 90 percent after only two weeks, potentially making it a powerful weapon against hair loss.

Are there any side effects?

Dutasteride is generally well tolerated in men, however a proportion of patients do suffer some side effects. These can include headaches, allergic reaction, impotency and decrease in libido.

Official figures show that only 2% of men experience any side effects, however the figures for men using Finasteride are much higher and given the similarities between the two drugs, we believe that side effects from Dutasteride are probably much more likely and its use should be discontinued immediately if any side effects are noticed.